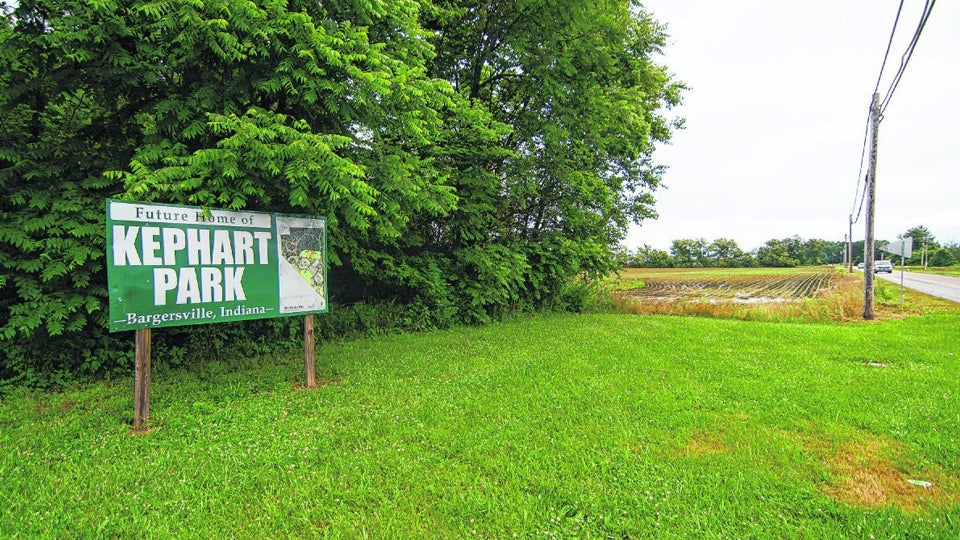 BARGERSVILLE, Ind. (Inside INdiana Business) – The town of Bargersville is moving ahead with plans for a new park that has been years in the making. Our partners at the Daily Journal report the $418,000 first phase of the Kephart Park project is slated to begin next spring.

Indianapolis-based engineering consulting firm Shrewsberry and Associates LLC estimates the total cost of the project to be about $9 million. Bargersville Town Manager Julie Young says the subsequent phases will take place over the next several years.

The park is set to be developed across 19 acres at County Road 144 and Saddle Club Road. The former farm field will feature nature trails, a playground, a community center and an amphitheater, according to the publication.

“This first phase will include two entrances to the park, both from County Road 144, a temporary gravel parking lot and its first walking trail, an asphalt trail around the perimeter of the park which will connect to an existing trail in the Lennar at Morningside subdivision,” said Young.

The town bought the land for the park in 2015, and chose the name Kephart after the family who owned the property previously.

The Daily Journal reports plans for the park have changed since it was first designed. A police station planned at the site will no longer be included, and instead, the town is planning a new station at Morgantown and Whiteland roads.

According to Young, uncertainty over tax dollars in the coming years will make the park’s timeline hard to pin down.

“We will be continuing to work through these phases as our budget allows us to. Like most entities, we will have to see what 2021 brings (for future phases),” said Young.