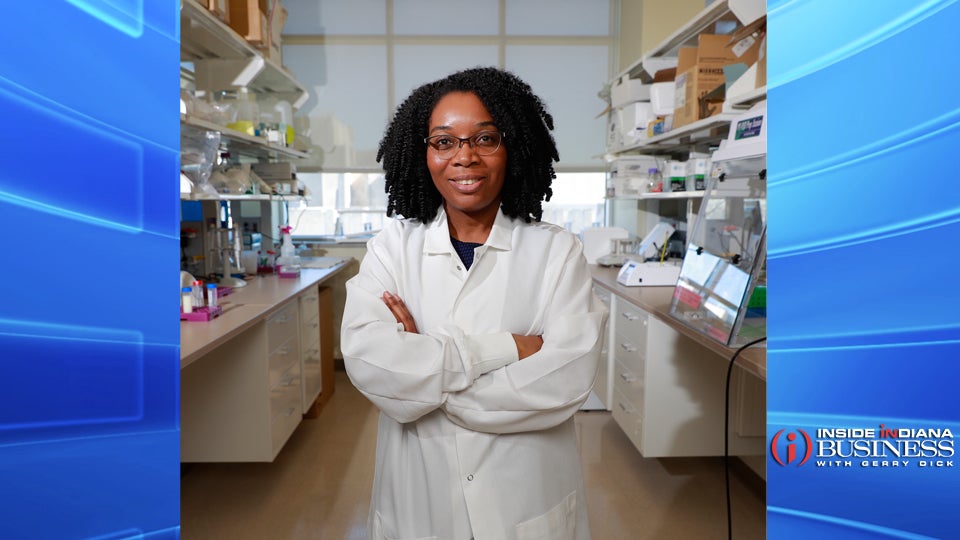 INDIANAPOLIS (Inside INdiana Business) — Butler professor Chioniso Masamha has her next five years of work planned out after receiving a National Institutes of Health grant for more than $1.3 million. Dr. Masamha will study the ways cancer cells multiply to hopefully lead to more strategies to detect and treat the disease.

Dr. Masamha says cancer hijacks normal body processes and takes advantage of bodily functions to cause cells to excessively multiply, and adds some of the structures allowing us to survive can be mutated to threaten life, which is called oncogenes. Masamha is specifically working with Cyclin D1, which normally plays an important role in cell multiplication. Cyclin D1 “turns on” in healthy cells only when its needed, such as in the case of being injured and needing healing, and “turns off” when its no longer needed.

Masamha says the gene is essentially turned off when attacked by cancer, causing it to continually divide cells and grow, which she says is common in certain types of cancer, including pancreatic, breast, melanoma and endometrial cancer.

“When cyclin D1 is normally expressed in cells,” Dr. Masamha explains, “it is usually degraded within 30 minutes. However, in cancer cells, cyclin D1 can survive for up to eight hours without being degraded.”

Her research will delve into cyclin D1’s relationship to a lethal blood cancer named Mantle Cell Lymphoma since this type of cancer comes from the B-cell, which is a white blood cell that makes antibodies. Masamha says cyclin D1 is never active in healthy cells but is overactive in cancerous B-cells, which leads to reduced survival in MCL patients.

“If we figure out why cyclin D1 is expressed in this particular type of cancer,” she says, “then maybe we can try to target that mechanism that results in cyclin D1 overexpression in this and other types of cancers.”

Dr. Masamha’s project will use sequencing technology to look at the full DNA sequences of genes and to identify which types don’t belong together, which are called fusion genes.

“If you can detect fusion genes early enough—so if you sequence someone’s DNA before they even get cancer and find fusion genes—you can know that those fusion genes might end up resulting in cancer,” she says, explaining that this could help identify preventative therapies. “Or, if the person already has cancer and you can detect what kind of fusion genes they have, you can identify which drugs would provide the best treatment.”