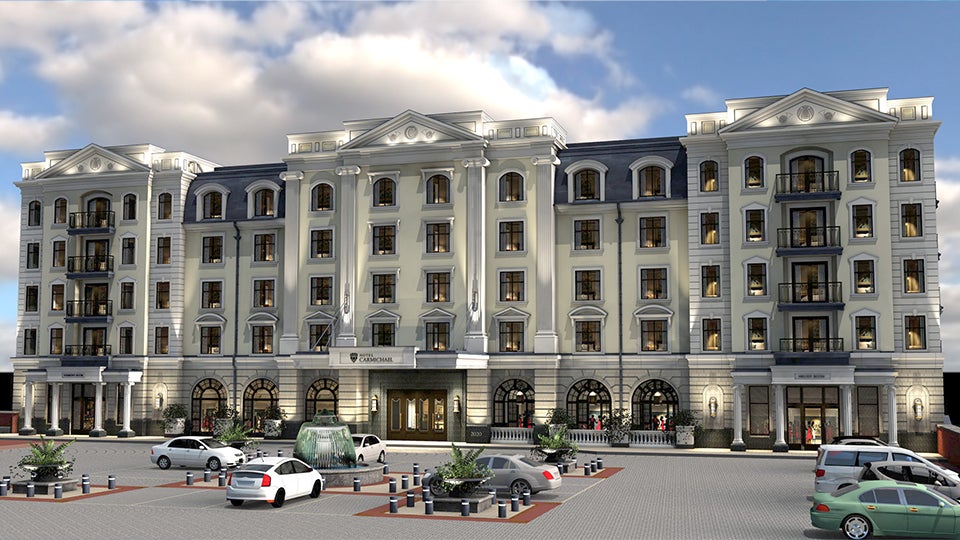 CARMEL, Ind. (Inside INdiana Business) — The city of Carmel says construction of a boutique hotel at Carmel City Center is on schedule, however the budget for the project has grown. The Hotel Carmichael is scheduled to open in May with a new estimated cost of $58.5 million, about $20 million higher than the initial budget.

The city cites “a variety of economic factors” as reasons for the budget increase, including a national increase in construction costs and local spikes in labor costs and tariffs on imported materials and goods.

“The same factors that have led to a building boom across the nation, state and the City of Carmel itself have unfortunately also led to increases in costs of materials and labor that have impacted the hotel,” said Henry Mestetsky, executive director of the Carmel Redevelopment Commission. “As we tracked these construction cost increases reported by various construction-related sources, we anticipated the challenge.”

Mestetsky says the commission has filled the gaps with additional funding that will have no impact on local taxpayers. He says the funding will be largely reimbursed to the commission out of revenues from the hotel.

The name for the hotel was announced in January 2018. The name is meant to honor the city of Carmel and the Grammy-nominated artistic director of the Center for Performing The Arts, Michael Feinstein.

Carmel Mayor Jim Brainard says the hotel will play a key role in the city’s economic development strategy. The hotel is slated to open just in time for the International Making Cities Livable conference, which is coming to Carmel in early June.

“Henry and the CRC have done a good job of managing this project in the face of many challenges outside our control,” said Brainard. “It is important to know that none of the additional costs will be borne by local residents, who will instead benefit additional private corporate investment and a greater quality of life in Carmel.”

Additionally, developers have announced a new French restaurant that will be part of the hotel. Vivante will be open to the public and hotel guests with a “French countryside-inspired culinary experience.”

The operator of the restaurant, Oklahoma-based Coury Hospitality, is currently working to hire a food and beverage manager, as well as an executive chef. The city says Coury plans to post additional management hourly job openings by March.