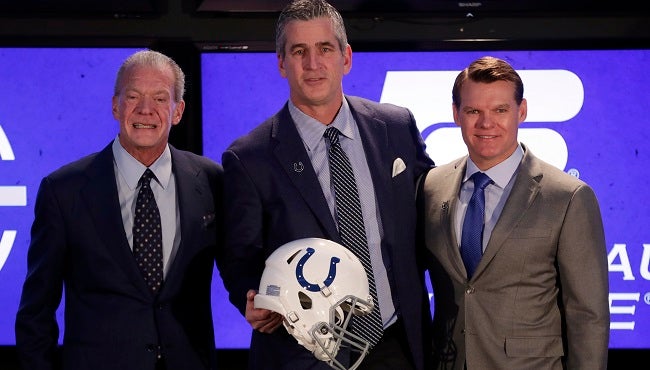 WESTFIELD, Ind. (Inside INdiana Business) — The Indianapolis Colts have signed general manager Chris Ballard and head coach Frank Reich to contract extensions through the 2026 season. Ballard is entering his fifth season as general manager and Reich will be starting his fourth season at the helm of the team.

“I truly believe this football team is on the doorstep of great things, and that’s because of the culture both have cultivated in their time with the Horseshoe. Whether we are marching toward the playoffs or facing adversity, whether we are building our roster or making a difference in the community, we have the ideal leaders in Chris and Frank,” said Irsay.

Ballard has been in the NFL for 21 years, including as director of football operations for the Kansas City Chiefs and as a scout for the Chicago Bears. Ballard was named the 2018 NFL Executive of the Year and the Colts were awarded the Best NFL Draft Award in 2018.

Reich starts his fourth season after 29 years of NFL experience, including as a player and coach. He rejoined the organization after spending six years on the Colts coaching staff and has since led them to the playoffs in two of his three seasons, and is tied for fourth in winning percentage among active coaches.

Contract details were not disclosed. The Colts continue to get ready for the season with training camp at Grand Park and will play their first preseason game Sunday against the Carolina Panthers.