Do It Best to Anchor Electric Works 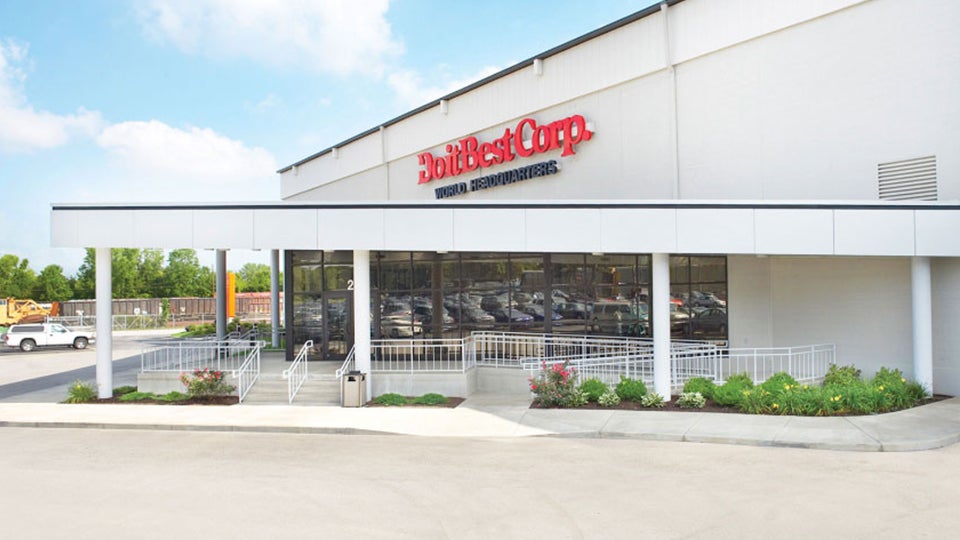 FORT WAYNE, Ind. (Inside INdiana Business) — New Haven-based Do It Best Corp. has announced plans to relocate its corporate headquarters to the Electric Works mixed-use innovation district in downtown Fort Wayne. The hardware, lumber and building materials buying cooperative says it has signed a letter of intent to occupy nearly 200,000 square feet of space on the project’s west campus, with the ability to expand an additional 20,000 more square feet, if needed. Do It Best also plans to add 90 jobs over the next several years.

The company, which will serve as the anchor tenant for the $440 million redevelopment of the former General Electric campus, did not immediately provide an investment figure for the relocation. However, the Indiana Economic Development Corp. says the company will “invest significantly over the next few years” in the effort.

Jeff Kingsbury with RTM Ventures, which is developing Electric Works, and Do It Best President and Chief Executive Officer Dan Starr discussed the move with Inside INdiana Business Reporter Mary-Rachel Redman.

“When you have the largest private employer in Indiana decide that they want to make Electric Works their home for the future growth of the company, that really says something about not only Fort Wayne and northeast Indiana, but the state as well,” said Kingsbury. “They’re homegrown. They have been around and started in Fort Wayne by entrepreneurs and that’s the legacy of this place that’s been an economic engine for 130 years. Do It Best is an innovative company, now global, and so they’re really the perfect company that we want to have here, be an anchor and partner with all the other businesses and tenants that we’re going to be having at Electric Works.”

In a news release, Starr said the move would provide employees with a more collaborative and efficient work environment and strengthen the company’s efforts to retain and attract top talent.

“Being at Electric Works will help us be an employer of first choice, retaining and attracting top multi-generational talent not only from here in Fort Wayne, but also on a broader scale,” said Starr. “It enables us to keep our roots in the community we’ve called home for 75 years, while at the same time positioning us for a bright future. And, by playing a central role in one of the largest commercial renovation projects taking place anywhere in the country, it aligns well with our core business and with our desire to help make the communities we’re in better places to live, work, and play.”

Do It Best serves thousands of member-owned locations throughout the U.S. and in 50 other countries. Fort Wayne-based Bona Vita Architecture has been tapped to lead the design for the company’s new Electric Works headquarters.

The IEDC has offered Do It Best up to $1.6 million in conditional tax credits and up to $200,000 in training grants, which the company will not be eligible to claim until Hoosier workers are hired for the new jobs.

“Do it Best’s expansion in Allen County will create more quality careers for Hoosiers,” said Governor Eric Holcomb. “Indiana’s top-rated business environment and investments in attracting and retaining a talented workforce are among the many reasons our state’s communities are ideal locations for companies to locate and expand. We’re excited for Do it Best’s continued growth in northeast Indiana.”

Josh Parker with RTM Ventures says Do It Best’s presence will “provide the foundation for bringing our vision of an innovation district of energy, innovation and culture to life.”

RTM Ventures says construction on the Electric Works project is expected to begin this summer.