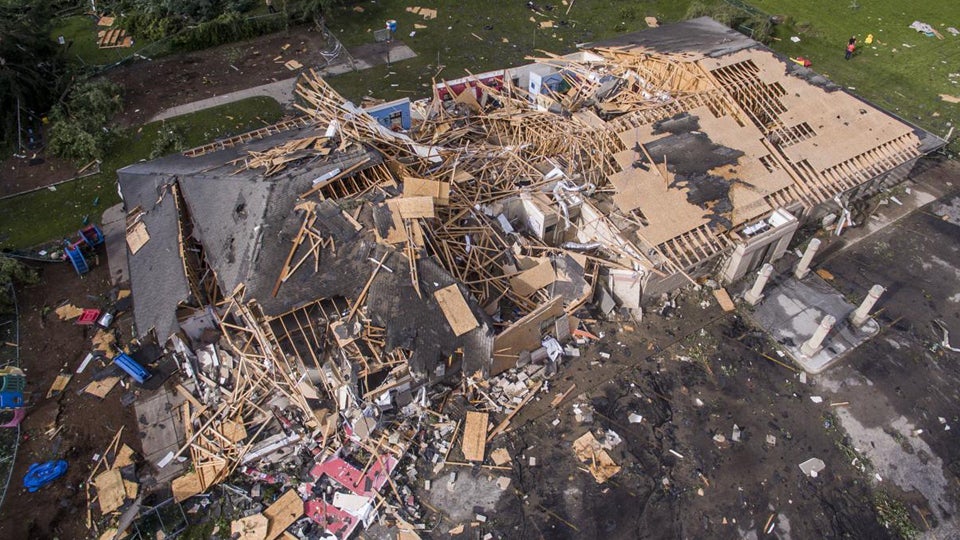 SOUTH BEND, Ind (Inside INdiana Business) South Bend-based daycare provider Growing Kids Learning Center is this year celebrating its 25th anniversary. During that time, the company grew to nine centers across northern Indiana with a staff of 300. And while this milestone will be celebrated, it is almost an afterthought for owners Mike and Beth Garatoni.

“If it wasn’t for all this mess going on right now, we’d probably be building a 10th one, but it’s been a little crazy with reacting to the tornado and the coronavirus,” Growing Kids President Mike Garatoni says matter-of-factly.

In a nine-month span, the business has lost one of their centers to a tornado, and now they are dealing with the uncertainty and challenges associated with the COVID-19 pandemic. Unlike public schools, daycare centers across Indiana are considered essential services and are still operating.

“Indiana has always looked at child care as an essential service in terms of supporting parents who are first responders,” says Garatoni. “What we do helps them get to do what they need to do.”

He says the state was “pretty quick” in encouraging day cares to stay open and “pretty clear” in providing guidelines on how to do it safely.

“Colleagues I know across the country have not experienced that. Those governors just closed them like the public schools,” said Garatoni, pointing to Michigan, New Jersey, New York and Pennsylvania as examples.

“They’ve been closed 6-8 weeks. As private companies, we can’t survive for eight weeks without revenue.”

But, remaining open creates challenges for the company and its staff.

“We were having to navigate how to safely provide care and work with parents’ concerns, kind of this maze. So, we kept navigating how to adapt to these changing environments.”

Garatoni says the protocols recommended by the state were consistent with what they already practice as a licensed day care, such as multiple hand washings throughout the day.

“A lot of things we were doing, we’re doing more of.”

Still, the day care has doubled the space between cots when children take naps. They also limit group sizes.

While the day care company deals with the needs of children in the constantly changing world of the health care crisis, Garatoni is also in the middle of the reconstruction of a center demolished last summer.

On June 23, an EF-2 tornado touched down on the south side of South Bend. The National Weather Service said the twister, with maximum winds from 115-125 mph, was on the ground for 10 minutes, enough time to snap trees like twigs, peel shingles from roofs of homes, and level the day care center.

The child care facility bore the brunt of the storm and became the public face of the storm. Garatoni said he learned about it on social media.

“I’m thinking, ‘Whatever, we lost some shingles, maybe a little water on the floor, we’ll use a Shop-Vac.’”

But as he approached the center, Garatoni quickly learned it would take more than vacuum to clear this mess.

“It hit at the best possible time,” Garatoni said. “No kids, no staff, and the cleaning crew hadn’t arrived yet.”

After the initial shock, Garatoni’s team notified families of what had happened. The next step was to find school space for the kids.

With eight other facilities, Growing Kids temporarily placed 150 children within two days, albeit with longer commutes.

Garatoni says the company had been developing emergency plans for two years before the storm.

“As much as you think you’ve got this plan … not so much,” Garatoni said.

He started to search for a new location. Fortunately, there was open space, a former private school, available just 5 miles from the current location. It was in the process of being sold, but Garatoni says the seller and the buyer were willing to let Growing Kids sublet the space.

“We remodeled, licensed, outfitted with supplies and opened in five weeks,” Garatoni said.

Growing Kids plans to use that location until the end of July, as crews continue to rebuild a new center on the same spot that succumbed to the storm.

Garatoni said what he finds humbling and overwhelming about the entire experience is the community support during the time of need, “from people we didn’t even know.”

While Garatoni recognizes the human tragedy that could have occurred that stormy night, the realist in him knows it was just a building he lost.

“People have real tragedy in life. What we went through is an annoyance.”