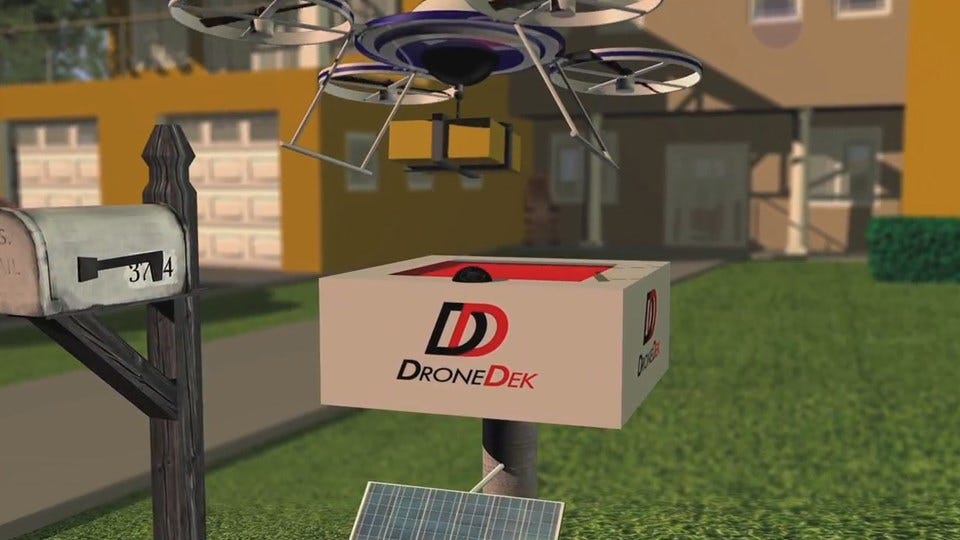 INDIANAPOLIS (Inside INdiana Business) — Indianapolis-based DRONEDEK Corp. has signed an agreement with India-based defense contractor Bharat Electronics Limited(BEL) to produce its smart mailbox units. The company says it could potentially spend up to $50 million for products that would be distributed worldwide.

DRONEDEK has developed and patented what it calls the “mailbox of the future” that allows for drone package receiving and storage. The unit is designed to receive all types of packages, including food and medicine, in addition to regular mail, with heating and cooling capabilities.

The company says the units will alert users when packages arrive, have the ability to recharge drones, and serve as an emergency alert, if necessary.

BEL has developed a variety of products for the defense industry, including radars, missile systems, military communications and tank electronics, among others. DRONEDEK says the company is “uniquely qualified” to produce its smart mailboxes.

“DRONEDEK must work with the reliability and redundancy of a 747 airliner with 300 people on it,” Dan O’Toole, founder and chief executive officer of DRONEDEK, said in a news release. “This new collaboration between BEL and DRONEDEK gives us the edge and credibility we have been looking for in the marketplace.”

The company says it plans to begin delivering products by the second quarter of next year.

In January, DRONEDEK secured $1.2 million in funding to support product launch with plans to add up to 85 jobs.