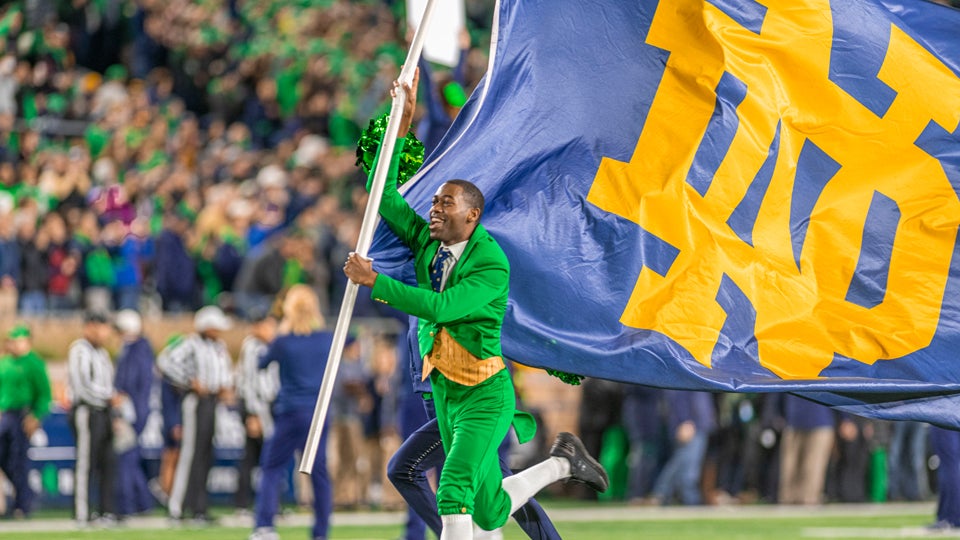 SOUTH BEND, Ind. (Inside INdiana Business) — The University of Notre Dame still has a football season to play, for the time being. That is good news for the northern Indiana economy, as it relies on the more than $100 million dollars the home games generate each season.

Lodging, food, and retail spending account for approximately $17 million per game for St. Joseph County, according to tourism officials.

In an interview with Inside INdiana Business, Visit South Bend Mishawaka Executive Director Rob DeCleene said if the football season is postponed, it would be “impactful.”

“We’re home to perhaps the most storied program in college football history. We’re a bucket list destination when it comes to football, as such, it’s that much more impactful.”

The Atlantic Coast Conference, which Notre Dame football recently joined, said this week it still intends to allow for fall sports, unlike the Big Ten and the Pac-12 conferences.

Each football game draws a loyal fan base, filling the nearly 81,000 seats at Notre Dame stadium.

An economic impact study conducted by the university in 2018 shows ND football brings 660,000 visitors to the community with nearly half staying overnight in hotels.

DeCleene said while summer months have more visitors to the community, fall is the highest generating revenue period “because (hotel) rates are so much higher for football because we typically sell out, especially for the marquee games.”

However, the pandemic has hurt hotel occupancy rates and cut by about 50% the revenue generated by a 6% innkeepers’ tax.

”Summer has been trickling up, so it’s been somewhat encouraging,” said DeCleene.

As the hospitality industry struggles with the COVID-19 pandemic, VSBM is targeting within a 200-mile radius of South Bend, marketing to possible visitors in Chicago, Detroit, Indianapolis, and Fort Wayne.

“The last couple of weeks we’ve been higher than national numbers in terms of occupancy, so it’s encouraging.”

Even with a football schedule, there is still no word from the university on how many fans will be allowed to attend, if any.

“I think that’s what we’re all hoping for, to still be able to host Notre Dame football in some way, shape or form. It’s such part of the fabric of this community,” said DeCleene, who has been with the Visit South Bend-Mishawaka office since 2010.

Before that, he worked at Visit Bloomington and understands the challenges and opportunities associated with universities.

“There’s always that hypothetical question of what would South Bend look like with Notre Dame. What would Bloomington look like without Indiana University,” speculated DeCleene. “We’re going to maybe get the chance this fall and winter, depending on what happens, because of the severe limitations on the ability to draw visitors to the campus.”

Until he hears otherwise about the season, DeCleene remains optimistic.

“With no news, we’re all just still hopeful. That’s what we’re focusing on. The season creeps closer and closer with each day.”