Fishers startup to use funding to bring device to market 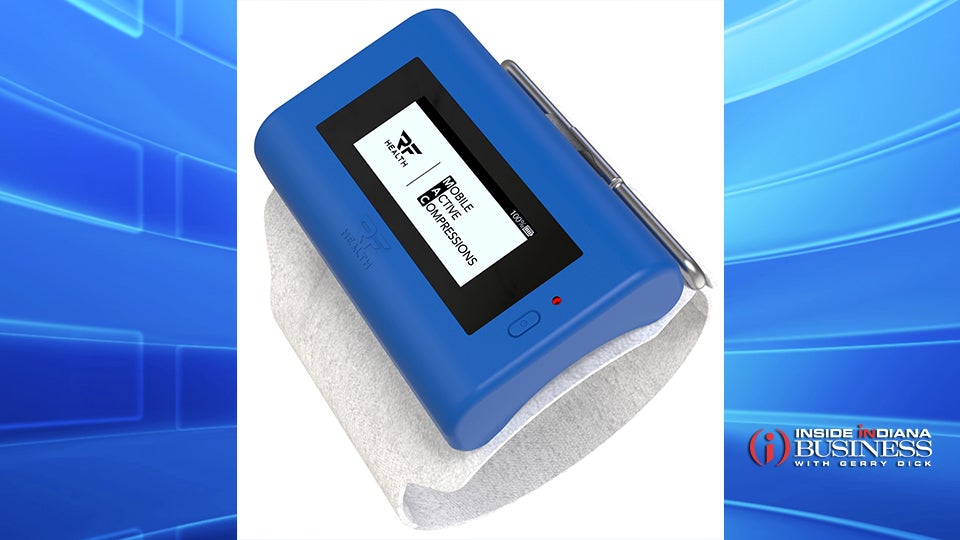 FISHERS, Ind. (Inside INdiana Business) — Fishers-based medical device startup Recovery Force has closed on a $10 million Series A round of funding for its subsidiary, RF Health. The company says it will use the funding to further the commercialization efforts for its Mobile Active Compressions System, which is expected to launch next year.

The funding round was led by Vinnie Foglia, co-founder of Illinois-based Sage Products, as well as Indiana Spine Ventures.

The MAC system is a portable compression device for patients just out of surgery used to increase blood flow in order to prevent deep vein thrombosis or pulmonary embolism while patients are recovering. Recovery Force says the device aims to become a replacement for the standard intermittent pneumatic compression devices currently used, which can be cumbersome for both patients and caregivers due to their bulky size.

Additionally, the MAC provides mobility data for physicians and caregivers, such as how long a patient has been in bed or how many steps they’ve taken. The device was spotlighted earlier this year by Inside INdiana Business Reporter Kylie Veleta in the Life Sciences INdiana newsletter.

In an interview with Inside INdiana Business, Recovery Force Chief Operating Officer Jason Bobay said now the funding round is complete, the next step is execution.

“We’ve got fuel in the tank to have a successful launch of this product and the exciting part for the company is that this is just the first of what we believe will be many (products), not only for the healthcare market but for at-home patients as well as the athletic recovery space,” said Bobay. “We have the blessing of a broad product category that we address but right now, we’re solely focused on bringing this MAC System to the healthcare market and the capital that we raised in this round will help get us there.”

Bobay said the company plans to bring on additional staff to boost its production, distribution and sales efforts. However, a specific number of jobs was not provided.

As a result of the funding round, Foglia will join the Recovery Force Board of Directors. In a news release, Chief Executive Officer Matthew Wyatt said the addition “provides additional strategic industry relationships, product development and operations guidance, and insight for the company.”

Bobay adds Indiana Spine Ventures has supported Recovery Force since its inception. He says the company has been lucky with its investors.

“We always joke that there’s raising capital, but then there’s raising the right capital and we feel like the capital that was raised in this round, specifically, was really strategic and allows us to get this product to market,” he said.

Over the past few years, Recovery Force has received more than $2 million in grants from the National Institutes of Health, as well as clearance from the U.S. Food and Drug Administration for the device.