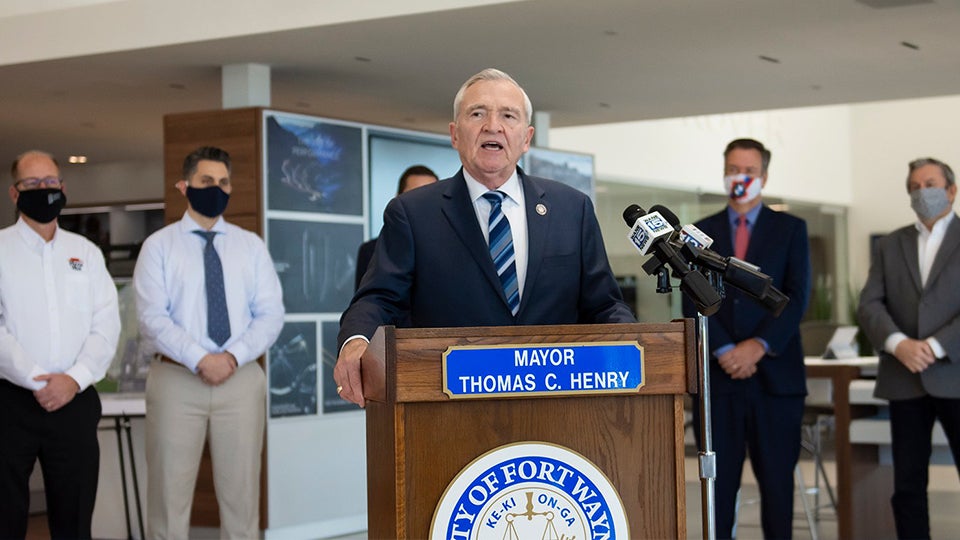 FORT WAYNE, Ind. (Inside INdiana Business) — The city of Fort Wayne is considering options to bring in additional revenue to help fund future development projects. Mayor Tom Henry’s office says the city is looking to add one cent to the food and beverage tax, which could generate an additional $6 million annually.

The Indiana General Assembly is currently considering legislation that would allow Fort Wayne and several other communities the ability to consider a change in the tax. If the bill is approved, then the Fort Wayne City Council would need to approve the measure as well.

Henry was joined by city business and restaurant leaders to discuss the increase of the tax, which is collected when people dine out. He said he understands the request is coming at a difficult time for the restaurant community.

“I want to make clear that the plan would go into effect only after receiving approval from state and local legislative bodies and, most importantly, once it is determined that the restaurant industry has fully recovered from the current economic downturn caused by the COVID-19 pandemic,” Henry said. “This will take time and isn’t an imminent situation.”

The city says $1 billion in local investments is projected for future projects such as additional Riverfront Fort Wayne phases, development of the North River property, and a new arts campus, among others.