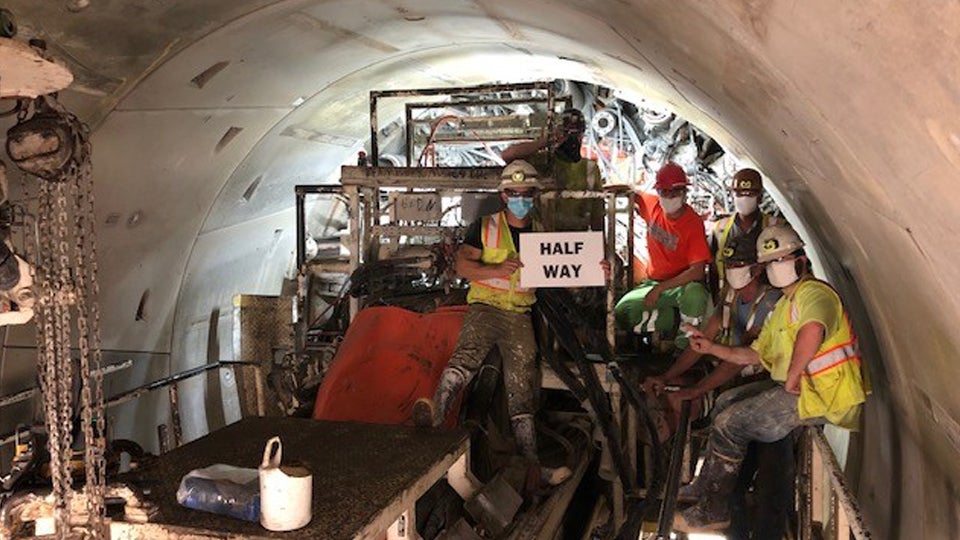 When completed, the city says the 20-foot diameter tunnel will keep a billion gallons of combined sewage from flowing into the rivers.