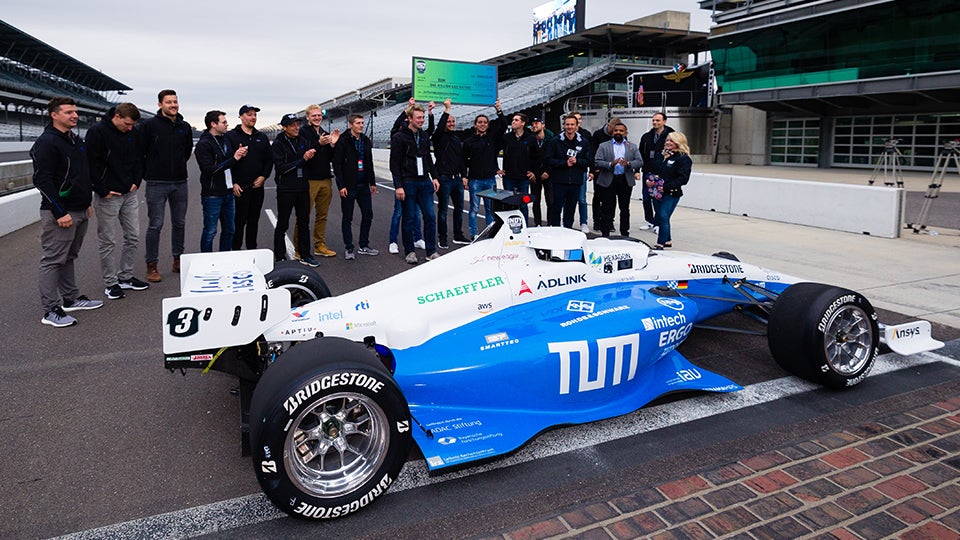 SPEEDWAY, Ind. (Inside INdiana Business) — A team from Germany has won the $1 million grand prize in the inaugural Indy Autonomous Challenge. TUM Autonomous Motorsport from the Technische Universität München recorded the fastest two-lap average of just under 136 miles per hour on the 2.5 mile oval track.

The event required each team to compete in a fastest lap competition that included an obstacle avoidance component.

“Participating in the Indy Autonomous Challenge allowed our team to advance autonomous driving technologies, and being able to take first place after two years of hard work acknowledges that we had an outstanding team,” said Alex Wischnewski, team leader of TUM Autonomous Motorsport. “Our next goal is to win a high-speed autonomous head-to-head race.”

“We know that the achievements of our IAC teams, alongside some of the best companies in the world, will certainly lead to the acceleration of Indiana’s AI and automation industries well into the future,” said Mitchell.