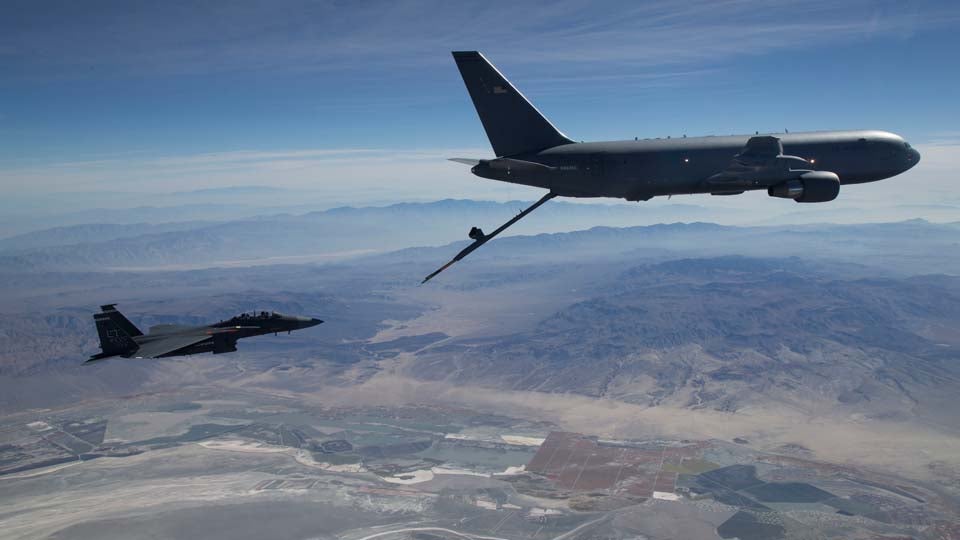 BUNKER HILL, Ind. (Inside INdiana Business) — The Grissom Air Reserve Base in Bunker Hill is in the running to serve as a Main Operating Base for the nation’s newest refueling planes for the U.S. Air Force, which would bring 175 jobs to the region. The Miami County Economic Development Authority says Indiana’s congressional delegation sent a letter to the Secretary of the Air Force urging him to consider Grissom.

Miami County EDA Executive Director Jim Tidd tells Inside INdiana Business that Grissom is one of six reserve banks being considered for the KC-46A Pegasus mid-air refueling and transport aircraft.

If selected, it would be the first active-duty Air Force unit at Grissom since it was changed to a reserve base in 1994.

Tidd says the decision would bring 12 aircraft and 175 active-duty airmen and supporting staff to the community. The new planes would replace the older KC-135 Stratotankers, which currently reside at the airbase in Miami County.

The letter, which was signed by seven U.S. representatives and both senators, said Grissom is “an optimal facility” to host the planes.

“Grissom allows for superior mission effectiveness with proximity to refueling tracks and airspace availability. The base boasts ample capacity to support additional aircraft, including hangar, runway and ramp capacity, and is located in an exceptionally low-cost area with minimal environmental concerns,” stated the letter.

The letter also points to a recently installed fuel hydrant system that is compatible with the new plane.

Tidd says a coalition of communities, chambers of commerce and economic development officials are collaborating with the 434rd Wing commander to present their case to the Air Force.

Tidd says the base must file its report to the Air Force by July 25. A selection is expected by October 1.

The USAF says site surveys of each candidate base will be conducted this summer and will be assessed on operational requirements, potential impacts to missions, housing, infrastructure and manpower.