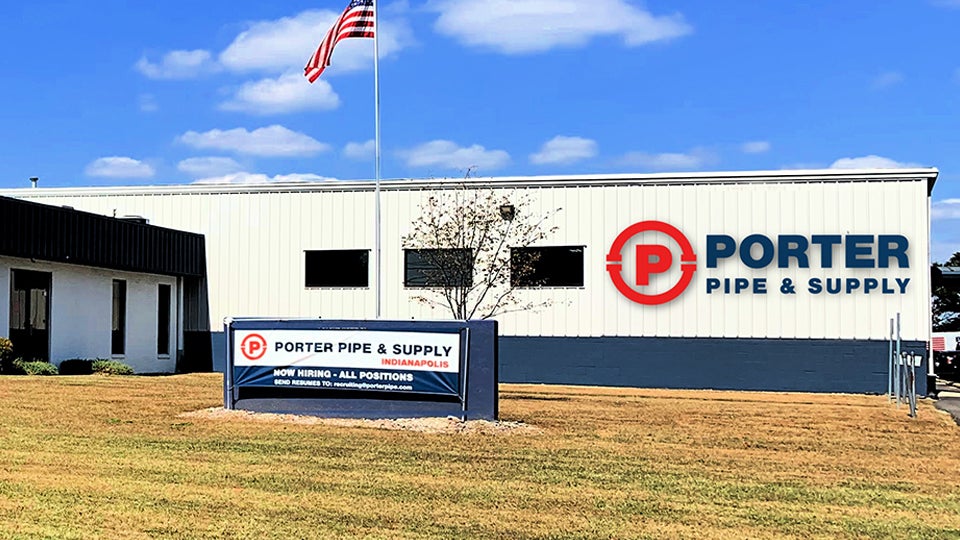 INDIANAPOLIS, Ind. (Inside INdiana Business) – Illinois-based Porter Pipe & Supply has opened a new full-service distribution center in Indianapolis. A spokesperson for the company says it invested about $8 million into the facility “with more to come” and more than 60 jobs will be created over the next year.

The company held a grand opening ceremony earlier this week at the facility on Oliver Avenue outside of the city’s downtown.

“Indianapolis is our fifth facility. It isn’t just a branch, it’s a full distribution center,” said Frank Porter, general manager of the facility. “We’re equipped to help tackle even the biggest jobs with the high-quality products and value-added services our customers know and love from our family-owned and -operated team.”

Porter Pipe says the facility also has services spanning end-preparation and cutting, material handling and field services, as well as F.A.S.T.-Pak packaging that it says can save up to 35% in labor time.

Porter Pipe also has locations in Hammond, Chicago, and Rockford.