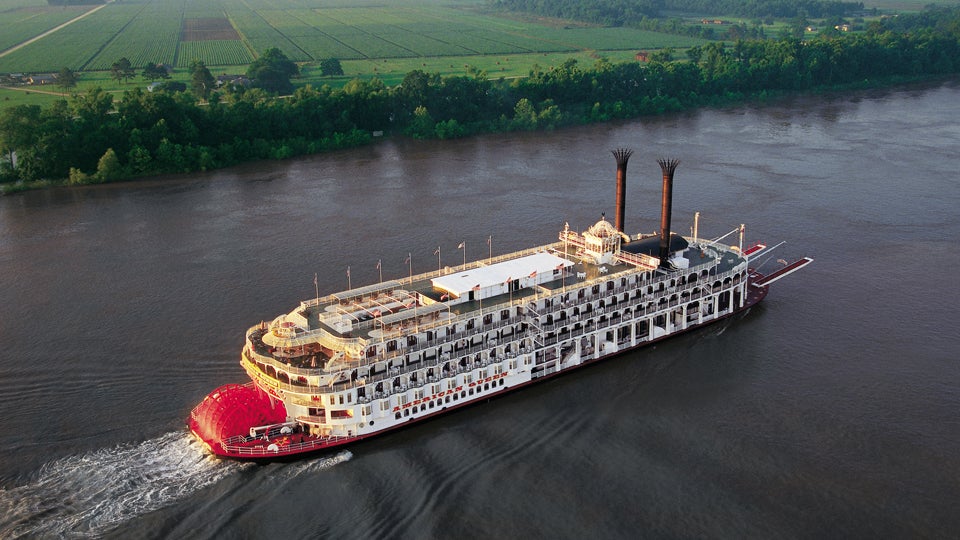 NEW ALBANY, Ind. (Inside INDiana Business) Sitting just a few blocks from the Ohio River, the owners of American Queen Steamboat Co. can only watch the storied river flow by instead of launching its fleet of riverboats. Just like the rest of the tourism and hospitality industry, cruise ship firms are feeling the effects of the COVID-19 pandemic. The maritime company notified the state last week it may need to lay off as many as 250 employees who work on their overnight cruise ships and the reservation offices.

The company operates paddlewheel boats on the Mississippi, Ohio and Tennessee Rivers.

AQSC also operates overnight cruise ships on the Great Lakes and in the Pacific Northwest. All of those ships have been docked for months.

“We’ve been paying benefits all along, but if we can’t operate the American Queen…and American Empress, we don’t have a choice but to lay some folks off,” said John Waggoner, founder and chief executive officer of AQSC.

The ships have not operated since the middle of March when the U.S. Centers for Disease Control issued a “no sail” order to cruise lines with ocean-going ships with more than 250 total persons, including passengers and crew.

Waggoner said his ships, operating on inland waterways, are regulated by the U.S. Coast Guard and the Food and Drug Administration, but they are following CDC guidelines.

“We’re completely different, but we got thrown in with the big guys,” said Waggoner.

He said another challenge is dealing with state regulations and local jurisdictions. The ships that ply the Mississippi River, for example, travel through 10 states.

While the ports-of-call have local restrictions, Waggoner said those communities also rely on tourism dollars.

“We stop every day to create local economic benefit to local communities,” said Waggoner. “Smaller areas, like Moline, Illinois on the Mississippi, really count on tourism for their economy.”

Retirees make up the vast majority of AQSC clientele, an age group that has been hit hard by the pandemic.

“Yes, our customers are in that high-risk group,” said Waggoner. “But what we have found is that most of the customers that we talked to are excited about coming back because that they are getting a little bit stir crazy. You know, I think they’re more apprehensive about flying to a location.”

The company has instituted protocols, including the addition of infrared scanners to test passengers’ and crew members’ temperatures. It has also developed new sanitation procedures and social distancing policies.

“For instance, we have a dining room that will seat 170 people. instead of one seating and one show, we broke it into two seatings and two shows that allow for social distancing.”

AQSC says it is implementing a phased-in approach to resume operations Waggoner says he hopes to launch some of its smaller ships, with smaller capacity, possibly later this month. But his biggest overnight riverboat – the American Queen – may not run at all this season because of passenger count and cruise size limits, which together amounts to 600 people.

Additional restrictions from the Canadian government has also forced AQSC to keep its two overnight cruise ships on the Great Lakes in port this year.

“As I tell customers, things are changing so quickly, day by day, if something happens, we might have to change itineraries or departure cities, or God forbid, just cancel.”

In addition to the overnight cruises ships, AQSC operates dinner cruise ships on the Great Lakes, including trips launching from Navy Pier in Chicago.