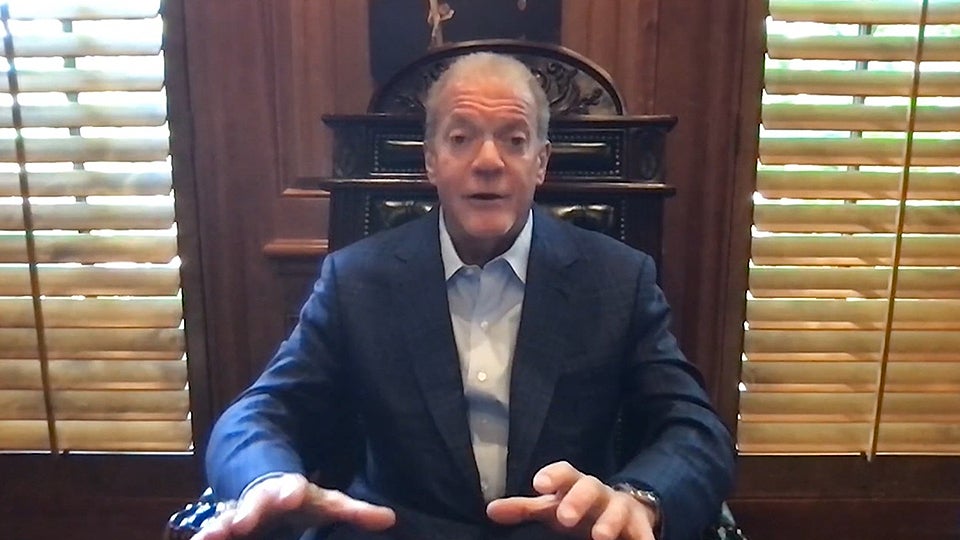 INDIANAPOLIS (Inside INdiana Business) — As he begins his 50th season with a connection to the National Football League, Indianapolis Colts owner Jim Irsay says he envisions “two more Lombardi’s at least” and the urgent need for new investment in the city’s downtown.

In the current episode of the Business & Beyond Podcast, Irsay talks about his vision for a world-class museum to house his eclectic collection of items that includes everything from a rare copy of the Declaration of Independence to pianos once owned by John Lennon and Elton John to legendary guitars.

“It’s a big thing,” said Irsay. “Boston wants it, Chicago wants it, Nashville really wants it. I’m saying I’m putting $100 million of artifacts into this facility. For me, this isn’t a business thing. This is a civic effort to say, hey, Indianapolis, Indiana has one of the greatest museums in the world.”

In a wide-ranging conversation, Irsay also has some candid comments regarding the city’s future.

“The change (downtown) has been incredible, when you look at ’84 to 2008, incredible. But, I see stagnation,” said Irsay, who believes it will take a renewed public-private partnership to make things happen.