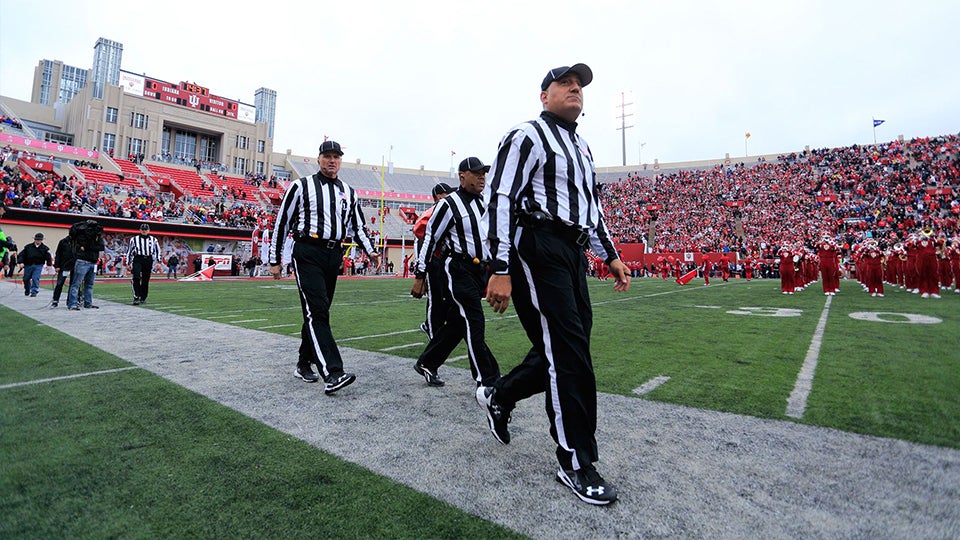 INDIANAPOLIS – The IUPUI Sports Innovation Institute is hosting a competition challenging college students to find ways to address a growing shortage of sports officials. The Innovation Challenge is a first-of-its-kind event being held in conjunction with the NCAA NextGen program and will feature 25 teams from 22 NCAA member schools pitching their ideas to a group of judges. The university says the number of referees continues to decline as officials retire or leave the job with fewer younger officials to replace them.

Sports Innovation Institute Director David Pierce tells Inside INdiana Business the challenge seeks to solve a problem that many people don’t know about.

“No one’s surprised that there are referees, but very, very, very few people, except for a handful of administrators where it really impacts their daily job even know that this is an issue,” said Pierce. “Everyone inherently understands the role of the sports official, so there’s some level of knowledge there, but then we really get to tap into students’ creativity to come up with the solutions.”

The idea for the competition was born out of a 2019 sports management capstone class at IUPUI taught by Pierce. He says out of the class, three projects are continuing work address the shortage in various ways, such as improving education and training for officials and growing awareness for officiating jobs among high school students.

In the competition, each team will submit a 300-word written pitch by Friday, followed by a five-minute video pitch by March 19. The university says the pitches will include how the team would spend a hypothetical $250,000 to solve the problem.

The judges will select four finalists on March 26. The finalists will make a three-minute video pitch that will air live during the virtual NCAA NextGen Innovation Summit. Audience members will be able to vote for their favorite pitch in addition to the judges.

Pierce says having the inaugural challenge in the city hosting the entire NCAA Men’s Basketball Championship tournament is very exciting. He says the unique situation surrounding the tournament is a perfect learning experience for the participants and his regular students.

Pierce says he thinks the event will create an opportunity to host similar challenges for the Final Four on an annual basis, regardless of the host city.