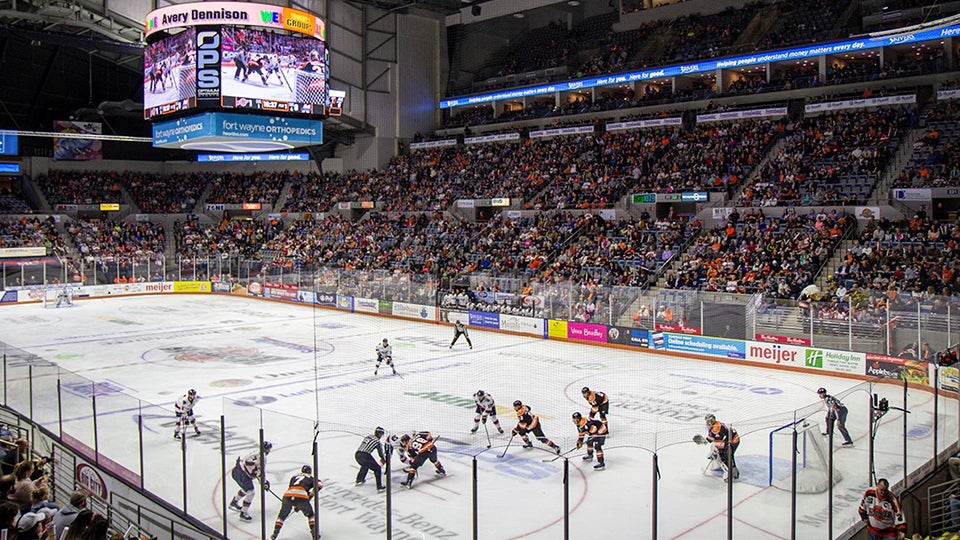 FORT WAYNE, Ind. (Inside INdiana Business) — The Fort Wayne Komets have announced a return to the ice after nearly a year of inaction. The team says it will begin a 50-game regular season in February after working with local health officials to develop a plan to operate safely for fans, players and staff.

During a news conference Tuesday, Komets Chief Executive Officer Stephen Franke said the team will also follow the safety protocols set forth by the ECHL.

“We believe that this is a positive for our community as we slowly try to get back to some semblance of normalcy that we’ve all been accustomed to over the year in a very smart and a very safe way,” said Franke. “The safety of our fans, players, coaches, trainers, our great staff, (and) Coliseum workers was the number one priority in making this decision.”

The Komets last played on March 11, 2020. In December, the team said it received the ECHL Board of Governors and the Professional Hockey Players Association to begin the season in February. Restrictions put in place in Allen County prevented the team from beginning play this month.

Randy Brown, general manager of the Allen County War Memorial Coliseum, also announced changes that would be put into place for the shortened season.

Total capacity at the coliseum will be limited to 25% of normal hockey capacity, which is just fewer than 3,000 fans, and masks will be required at all times in the building unless a person is eating or drinking.

The facility will implement a new electronic ticketing system that will take guests’ information for contact tracing, if needed. Staff will also utilize scanning equipment at the door to avoid touching tickets.

Other changes at the coliseum include: