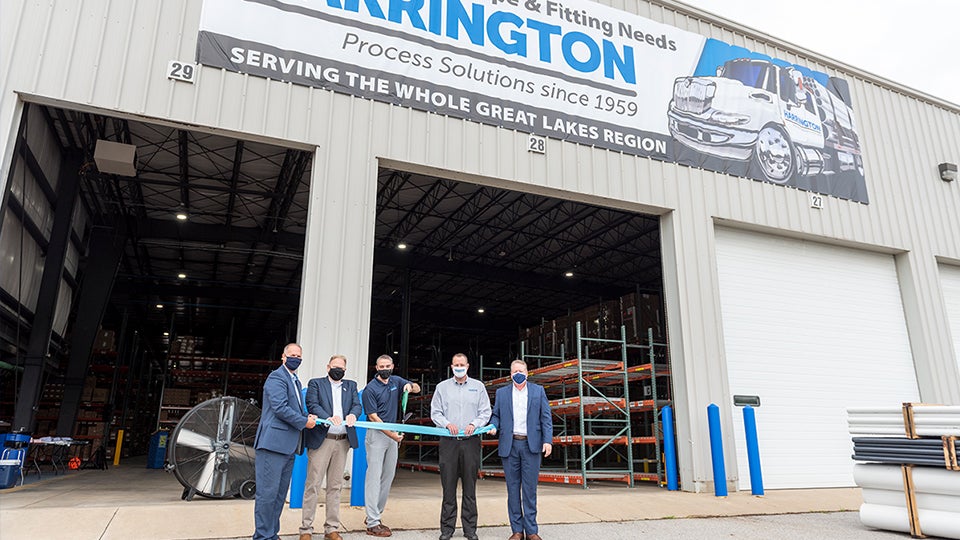 NEW HAVEN, Ind. (Inside INdiana Business) — The director of supply chain for California-based Harrington Industrial Plastics LLC says the company decided to set up its new distribution center in New Haven to better support its branches in the Great Lakes region. The company this week cut the ribbon on the more than $2.4 million facility, which is expected to create up to 20 jobs by the end of 2024. Dave Burnett says the facility will be a “great enabler” of sales growth throughout the region.

In an interview with Inside INdiana Business, Burnett said the facility has been several months in the making.

“This process started back in the fall of last year. We actually looked at the building that we’re currently in now in October,” said Burnett. “We finally settled on this location in March and actually signed the lease on it just before (COVID-19) hit really in mid-March so we had to kind of pause for a few weeks to get our bearings and see how things were going to shake out.”

Burnett says because Harrington is a supplier to many industries that were deemed essential, the company was able to stay open with an increased focus on the health and safety of its employees.

“Honestly, we had to make some choices in terms of getting this location up. There were some things that we would like to do – longer-term, further capital investment, further facility improvements that we’d say, ‘You know, this is a more of a nice to have; we definitely want to do this, but what can we do to get this up and running, start generating some business, grow from there?’ And then hopefully, as we get further into that, the economy continues to improve.”

Harrington first announced plans for the facility last week. The company is currently hiring for sales and administrative positions, as well as truck drivers and warehouse staff.

Burnett says the facility will take an incremental approach to service the branches it covers in the region, which will take four to six weeks. He says they will also have the ability to take walk-up traffic for clients who want to pick up products directly.

“This is a springboard to a tremendous amount of growth potential here in the region and the way that we’ve done it, I think, gives us good flexibility to build out as we go.”