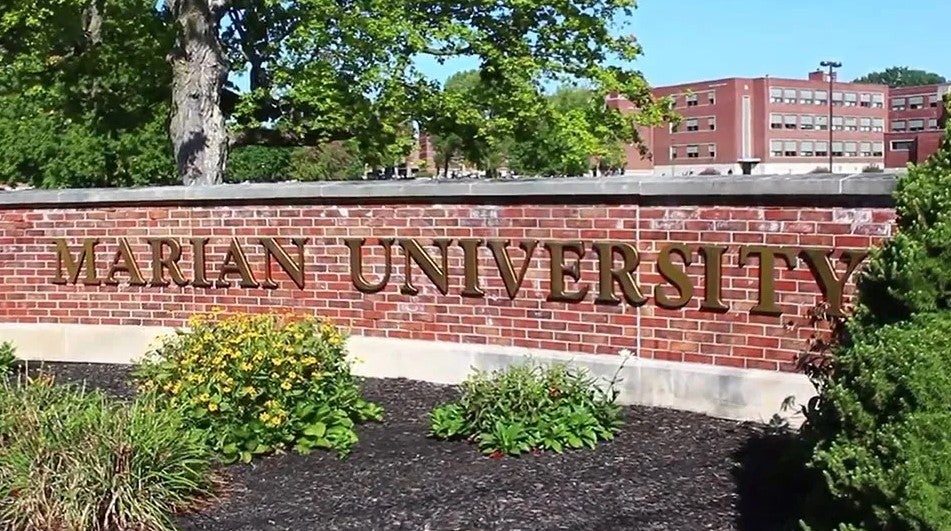 INDIANAPOLIS (Inside INdiana Business) — Marian University in Indianapolis has formed a coalition of universities from throughout the state to launch the Diversity in Leadership program. The initiative is designed to increase the number of ethnic minorities and women in executive roles in the public, private, nonprofit and social sectors of central Indiana. Dr. Leon Jackson, executive director of strategic initiatives at Marian, created the program and says the goal is to “facilitate anchor experiences that allow aspiring leaders and high-potential individuals the experience and exposure to leadership, while also creating pathways to advanced degrees, particularly in business.”

In an interview with Inside INdiana Business, Jackson said he saw the need for more diversity in C-suite positions while studying for his MBA.

“In that time, I just saw the complete need for diversity in what I think is an amazing space and that kind of generated some conversations and from there, it kind of evolved into this amazing collaboration, which is the largest partnership between schools of higher ed in the history of the state,” said Jackson.

Marian says the program will feature two cohorts of about 25 participants each year. The program includes a six-month curriculum during which participants will visit each school’s campus one weekend per month to study courses in business analytics, leadership communication, accounting and finance, organizational strategy and leading organizations.

The participants will also have an executive coach during the program and will work on a capstone project that will be presented at the end of the program. Those who complete the program will receive a certificate in Executive Mindset, as well as access to various masters-level business programs at the partner institutions.

“[They will receive] discounts for tuition, as well as removing the GMAT and GRE requirements, as well as streamlined admission processes,” said Jackson. “That is important because those are really the three things that keep talented ethnic minorities and women out of these programs that are almost essential to getting to the top.”

Angela Smith Jones, vice president of diversity, equity and inclusion at Health and Hospital Corp. of Marion County, says having the top universities in the state working together to boost diversity among executive teams is to be celebrated.

Smith Jones, who is also a former deputy mayor of economic development for the city of Indianapolis, says diversity among executive teams also brings statistical benefits for companies.

“[There is] about a 36% profitability increase when companies have a diverse leadership structures and when you look across the landscape, specifically in central Indiana since this is where we are at the time, you will notice that there is a big gap in diversity sitting at the table,” she said. “And our community is extremely diverse and when you don’t have those minds and that creativity and those ideas being heard sitting at the table of leadership and helping to make those decisions and have input, it absolutely impacts not only your work culture, and those who are there, they will stay longer, they feel more included, and also it increases your bottom line.”

Dr. Phil Powell, associate dean of academic programs at the Kelley School at IUPUI, says the DIL program is bigger than the institutions involved.

“This is not about our revenue lines. This is not about competing with each other. This is about breaking down barriers to opportunity and by breaking down these barriers, companies in Indiana are going to thrive even more,” said Powell. “It’s going to make Indianapolis even more competitive. As institutions of higher education, we owe it to our community to do this. It redefines what higher ed is doing and the impact that it can have.”

Jackson says the partners hope to grow the program as the years go on. He adds the program is not the single answer to bridging the diversity gap in executive leadership.

The inaugural cohort for the Diversity in Leadership program is currently underway. Jackson says with minimal advertising of the program, they have already seen more than 200 applicants.