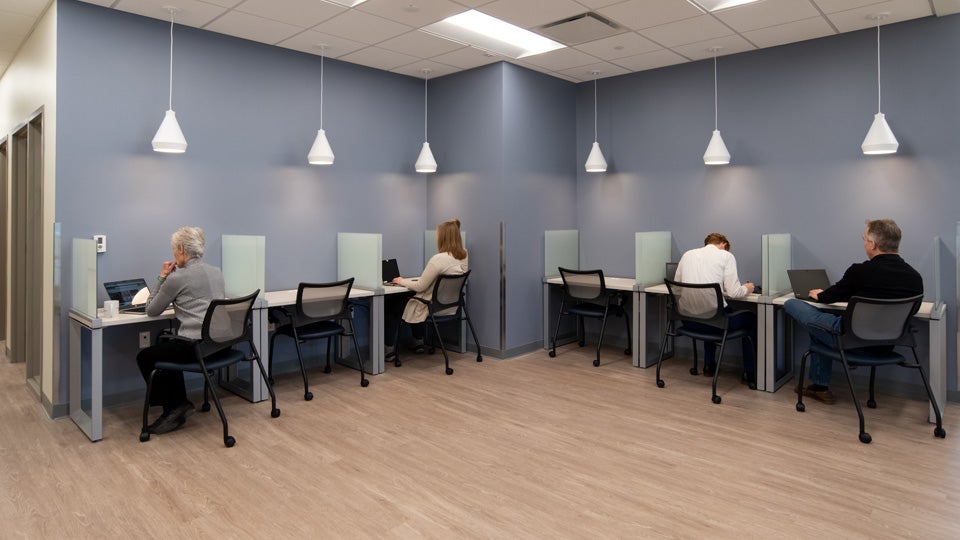 FISHERS (Inside INdiana Business) — A new coworking space is now open in the Nickel Plate District of Fishers for entrepreneurs and small businesses.

Tom Fifer, a U.S. Air Force veteran, along with his wife acquired the Fishers franchise of Office Evolution, billed as the largest franchisor of coworking spaces in the U.S. The Colorado-based company has 70 locations nationwide that are currently open, including an office in Carmel.

“There’s a huge demand and a huge gap in the office space environment. So that’s how I fell into it,” explained Fifer.

In addition to opening the coworking space, Fifer is also director of engineering for Indianapolis-based Envigo, a clinical laboratory and research business.

He’s responsible for the company’s office space and real estate.

“Our corporate offices are maxed out on space,” said Fifer.

Fifer says continued growth at Envigo kept him looking for new, off-site workspace for staff. That’s when he discovered there’s a shortage of space for small companies.

“Working with real estate brokers, we can only find five to 10,000 square feet at a time.”

Fifer says he didn’t need that much space. He was looking for something smaller for five to 10 people, but those options were limited.

“There was just no vacancy around. Everybody was about 95 to 99% full.”

Fifer retired from the Air Force in 2014 after 28 years of service. As a mechanical engineer by trade, Fifer was responsible for managing multi-million-dollar projects, involving numerous military hospital designs and renovation projects for the Air Force.

But, Fifer said he wanted to work in the small business environment and saw this franchise as his opportunity to start a business and fill an important niche.

“If your businesses grow, it (space) grows with you,” said Fifer. “Or, you can shrink it down, if the economy gets bad.”