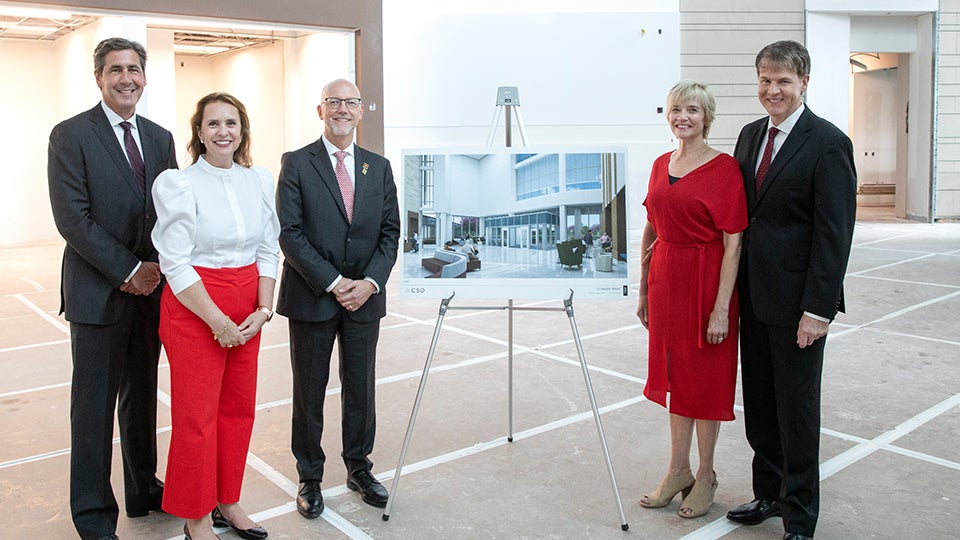 BLOOMINGTON, Ind. (Inside INdiana Business) — A major donation from a pair of Indiana University alumni will serve as the lead gift for the new IU Health Bloomington Hospital. The gift from Jefferson and Mary Shreve, along with a match, will provide $3 million for the project, which the IU Health Foundation says is the largest private gift in the hospital’s history.

The new hospital, currently under construction, is the centerpiece of the nearly $560 million IU Health Regional Academic Health Center. The 620,000-square-foot hospital will include inpatient and outpatient services, a women’s center, trauma center and emergency department.

In recognition of the Shreves’ gift, IU Health will name the main entrance of the hospital “The Shreve Atrium.” The health system says the gift will support high-level initiatives at the hospital, including wellness, cardiac rehabilitation, and integrating cancer care services.

“It’s critically important that family members have the ability to be present and provide support for their loved ones,” Jefferson Shreve said in a news release. “Mary and I are thrilled that all of these services will be offered for the first time ever under one roof in Bloomington.”

Jefferson Shreve is the owner and president of Bloomington-based Storage Express and a former member of the Indianapolis City-County Council. He previously served on the hospitals board of directors, as well as the board of the Bloomington Hospital Foundation.

The new hospital is expected to open by the end of the year.

The 735,000-square-foot Regional Academic Health Center is a project that has been six years in the making. In addition to the hospital, the complex will include a 115,000 square-foot academic facility will be used for health sciences education and research at IU.