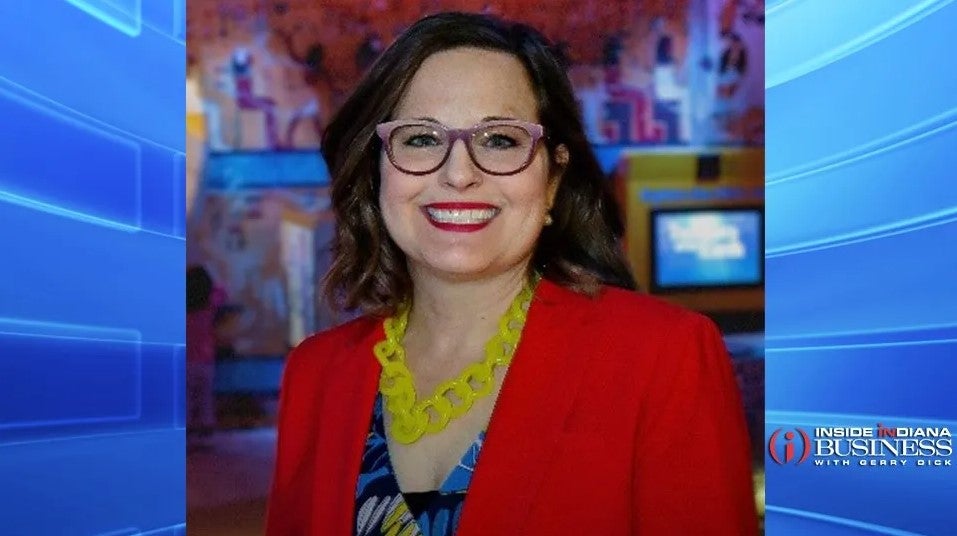 INDIANAPOLIS (Inside INdiana Business) — The newly-minted president and chief executive officer of The Children’s Museum of Indianapolis says she wants to continue the work currently underway at the museum, while also creating a plan for new experiences. The museum last weekend announced Jennifer Pace Robinson as the successor to Dr. Jeffrey Patchen, who retired after 21 years in the role. Pace Robinson, who has been with the museum since 1992, says she is excited to begin a new chapter.

In an interview with Inside INdiana Business, she said there is a lot going on at the museum that she wants to continue.

“We are right in the middle of some pretty major and some pretty exciting projects,” Pace Robinson said. “I’m really focused on making sure that we live up to those promises and making sure that those things happen and beyond that, really looking at how we can continue to listen to our audience, listen to our neighborhood and create a plan that will be…in alignment with what people want to see and what education needs to be taught.”

Pace Robinson joined the museum nearly 30 years ago and has held a variety of positions, including exhibit manager, educator and programmer, curator and director of exhibits before being named vice president of experience development and family learning in 2006. She most recently served as executive vice president before being promoted to CEO.

“Because I have been here so long, I’ve done a lot of the project management for the larger projects and so I really see it as kind of working with a new and larger team to really manage how we create experiences, but that remains the same is that our audience is at the heart of all we do and our outcomes are all based on education and just generating wonder for our visitors.”

Pace Robinson says she also wants to grow the museum’s global relationships to bring objects from around the world to the museum.

Pace Robinson says the museum has slowly been opening up and increasing capacity for visitors as the recovery from the pandemic continues. She says officials continue to be thoughtful about existing and new exhibits, including how they will hold up to rigorous cleaning.

“We’ve really moved to some digital platforms to deliver programs and I think that we will continue with offering that. We’ve been able to reach schools in other states and really expose children who are not local to our theater shows and our scientists and our experts. So, we’re really going to be looking at a hybrid model, particularly for our school audience. We will have offerings in the building, but I’m really excited about the possibilities of pre- and post-visit and how we can use what we’ve learned in the pandemic to really increase engagement with technology.”