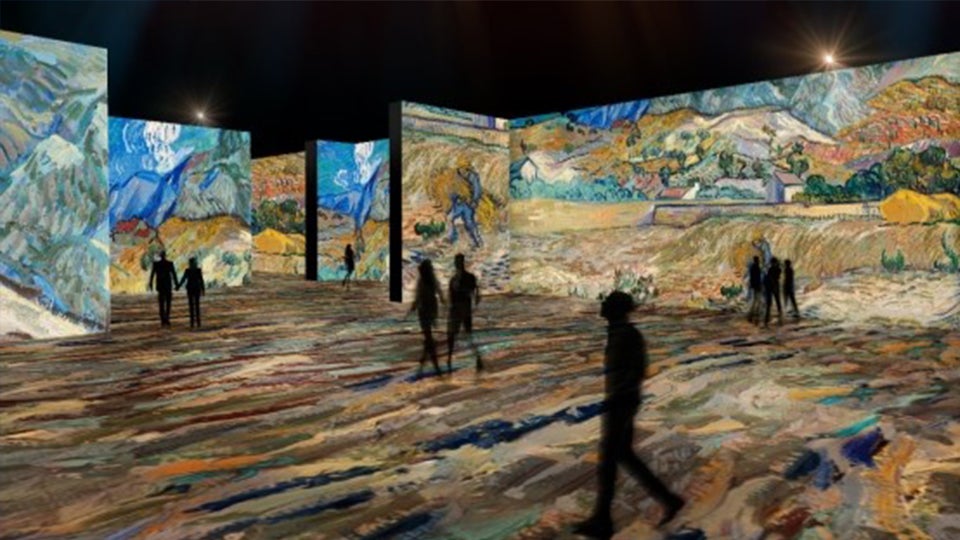 INDIANAPOLIS (Inside INdiana Business) — The Indianapolis Museum of Art at Newfields has unveiled what it says will be the largest continuous exhibition space in the museum’s 137-year history. Dr. Charles Venable, director and chief executive officer of Newfields, says THE LUME Indianapolis will be the first permanent digital projection gallery of its size in which the museum can display digital exhibitions from throughout the world. The space, set to debut in June 2021, will take up the entire fourth floor of the museum, covering nearly 30,000 square feet.

In an interview with Inside INdiana Business Reporter Reed Parker, Venable said THE LUME Indianapolis will be a “delight for all the senses.”

“It’s also what we’ve seen abroad in Paris, in Australia, in China and Japan,” said Venable. “This new way of looking at art really appeals to a broader group of people and one of our big goals is to have a more diverse and broader audience and doing this, we think, will really bring in not only more people from the metroplex here, but will bring in more people from the entire Midwest.”

THE LUME Indianapolis will feature nearly 150 high-definition projectors that the museum says will be able to transform two-dimensional paintings into a “three-dimensional world that guests can explore through all of their senses.”

The inaugural exhibit inside THE LUME Indianapolis will focus on the works of Vincent van Gogh, featuring about 3,000 moving images of his paintings set to a classical music score.

“Every summer, we’ll introduce a new exhibition that will run for a year,” said Venable. “Our business plan really is to build an audience in the United States for this because there’s nothing like it the way there are in other parts of the world and so we’re going to focus on great masterpieces of the world.”

Venable says he eventually wants to utilize the new space to spotlight contemporary art and commission artists in digital media.

“He called me one day and said, ‘I just walked out of this experience. Have you seen this?’ and I said, ‘Oh yeah, I’ve seen that. I’ve taken staff there.’ He said, ‘Can we bring this to Indianapolis?’ and I said, ‘We’ve been working on this for five years but we just determined we can’t afford it.’ And we put in a grant application and it got funded, so Lilly has given us the risk capital for us to be able to do the infrastructure, the construction, get the first show up and running and we hope attendance is high enough that it will perpetuate it on into the future.”

THE LUME was created by Australia-based Grande Experiences. Newfields says the Indianapolis space will also be available as an event rental space.