Nonprofit urges people to ‘Broiler Up’ for the homeless 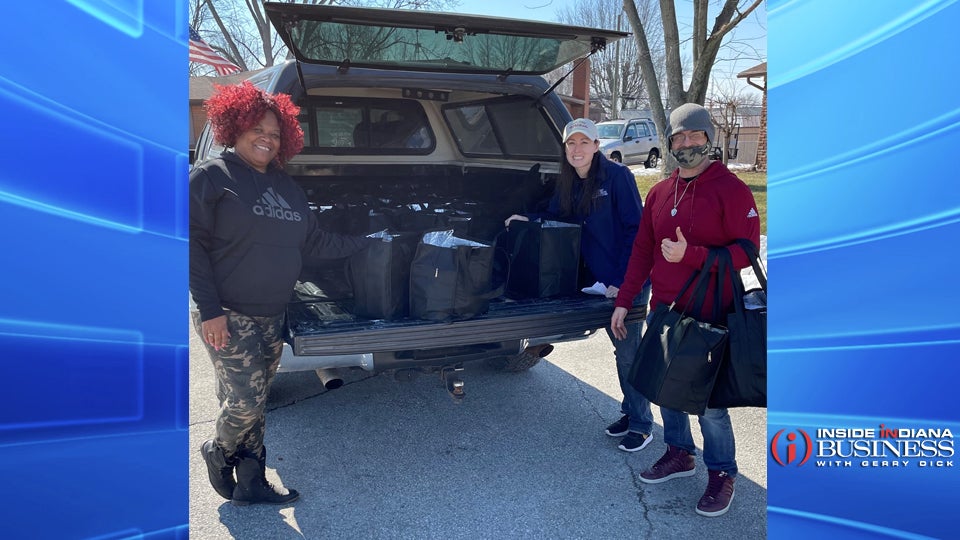 PERU, Ind. (Inside INdiana Business) — As part of National Women’s History Month, the Indiana Farm Bureau is celebrating Hoosier women who are contributing to the state’s agricultural sector but also providing help to those in need. Amie Osborn, who works and lives in Miami County, is vice president of commercial and agriculture lending at First Farmers Bank & Trust.

In addition to her full-time job at the bank, Osborn and her husband Vince founded the nonprofit organization BOGO Foods.

In an interview with Inside INdiana Business, Osborn explained while volunteering at a homeless shelter in Kokomo, they discovered a big need.

“The coordinator explained that those experiencing homelessness or who are food insecure oftentimes are protein deficient,” said Osborn. “Given our love and knowledge of agriculture and animal protein, we thought we may be able to help and that’s how BOGO (Buy One Give One) Foods started.”

Osborn did not grow up on a farm, but she was a member of her high school FFA in California and competed in poultry judging events. After completing their degrees out west, Osborn and her husband moved to Indiana to further their education at Purdue University.

“California agriculture is extremely diverse, but it doesn’t have corn and soybeans,” said Osborn. “If we’re going to be in the livestock industry, we need to understand the feed side of it.”

Osborn says after taking part in AgriInstitute’s Indiana Agricultural Leadership Program, and as a member of the Indiana Farm Bureau, she felt the need to make a difference in her community by helping those less fortunate.

“My husband and I like the protein industry. We appreciate animal agriculture. We know that there’s some sort of barrier…between the production and those that are experiencing homelessness,” said Osborn. “How can we be part of that connection to break down the barrier?”

BOGO Foods is a nonprofit focused on providing protein to those in need, specifically those who are experiencing homelessness. The Osborns raise broilers and sell the locally produced protein at a premium. Broiler chickens are raised primarily for meat rather than to lay eggs. They use profits to buy larger quantities of wholesale protein.

“There are people who are willing to buy a premium product and support local agriculture while doing good for others,” explained Osborn.

Osborn says they raised 50 broilers in their first flock. Because of a donation and with the BOGO proceeds, the nonprofit was able to deliver 288 pounds of animal protein to a local shelter in February.

As Osborn and her husband look to the future of the nonprofit, while also maintaining their full-time jobs, Osborn recognizes the need to use her agribusiness network to make a difference.

“Maybe we can combine 4-H projects, FFA groups, local Indiana County Farm Bureau’s to come together to then be able to expand it further,” said Osborn. “I don’t think BOGO is going to be the sole focus. (It’ll) be a connector, bringing different organizations together to the table to say this organization is in need, this organization has a product. How do we get it there and how do we connect.”