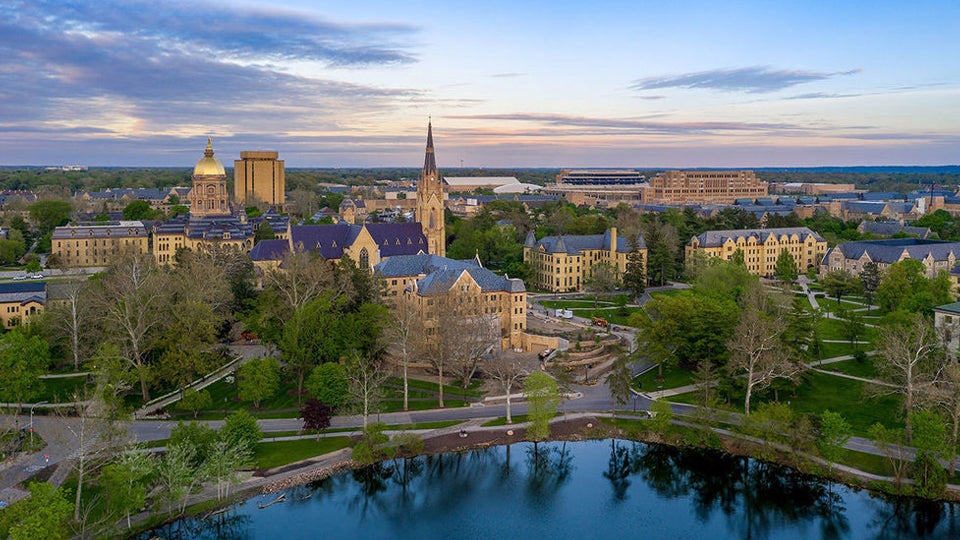 SOUTH BEND, Ind. (Inside INdiana Business) — The University of Notre Dame says it has committed to becoming a carbon neutral campus by 2050 and plans to reduce carbon dioxide emissions by at least 65% within the next nine years. President Rev. John Jenkins made the announcement Friday during a Notre Dame Forum focused on sustainability.

Jenkins says the university will continue to invest in geothermal, solar arrays, hydroelectricity, and other emerging technologies to reach the goals.

The university says from a baseline year of 2005, it has already exceeded its goal set in 2010 to achieve a 50% reduction in carbon emissions per gross square foot by 2030.

“Since 2008, the need for additional space at the University, particularly in the area of research, has increased the square-footage of our buildings by one-third, requiring more heating, lighting and cooling,” said Jenkins. “Despite the increase in space, however, energy consumption dropped by 11 percent. I thank the dedicated and imaginative people responsible for these remarkable achievements.”

Among its other initiatives, the university is partnering on a project to install a 2.5-megawatt hydroelectric generation facility on the St. Joseph River in downtown South Bend. The school has also partnered with Fort Wayne-based Indiana Michigan Power to purchase power from a 20-megawatt St. Joseph Solar Farm in eastern St. Joseph County.