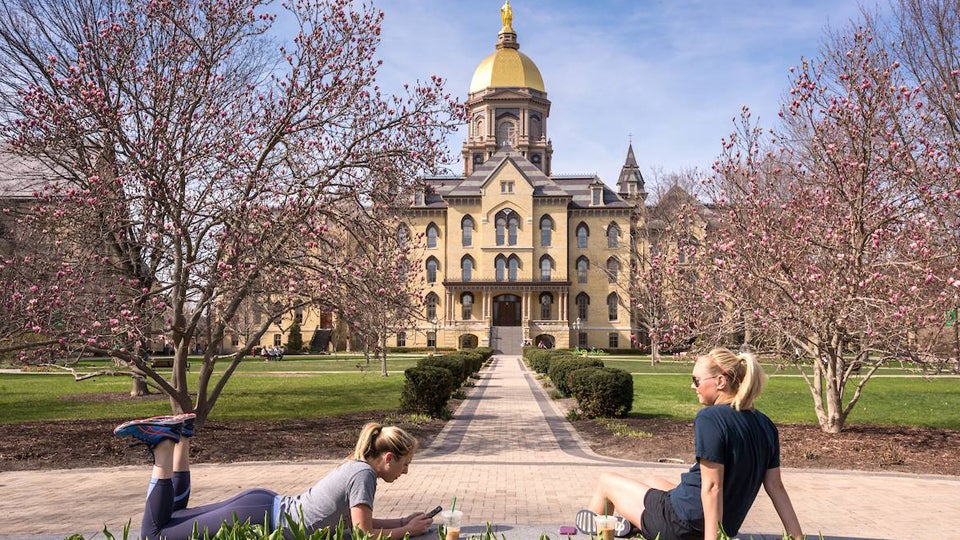 NOTRE DAME, Ind. (Inside INdiana Business) – Representatives from the University of Notre Dame have provided additional information regarding the university’s financial outlook. The university is projecting a revenue shortfall of $44 million for its current fiscal year ending June 30 and is planning to enact measures to mitigate the economic impact of the coronovirus pandemic.

Notre Dame says much of its shortfall can be attributed to returning $22 million in spring undergraduate room and board fees, as well as the loss of auxiliary revenues during the second half of the semester. The university also says it has continued to pay all full-time and benefits-eligible part-time employees since mid-March.

As it prepares for the start of the 2020-21 academic year on August 10, Notre Dame says it remains committed to prioritizing the health and safety of its students, faculty, and staff.

Notre Dame says many of its peer universities are projecting annual revenue losses ranging from $175 million to more than $750 million. Although the university says it remains in a strong financial position relative to its peers, it says it also faces significant budget challenges.

For the upcoming fiscal year, from July 1, 2020 to June 30, 2021, Notre Dame is currently projecting a revenue shortfall in excess of $100 million, compared to its original budget plans, due to increased financial aid expenditures, flat endowment payout, lower auxiliary revenue and projected lower levels of philanthropy.

The university says the financial challenges are not limited to fiscal year 2021, and it anticipates continued impacts on its budget for the foreseeable future.

To help offset some of its projected budget shortfall, the university says it will take the following actions:

Budget Reductions: Units across the university have prepared 5% reduction plans on the unrestricted portion of their budgets. It has implemented similar measures during the last two major recessions.

Open and Unfilled Staff Positions: The university announced in March a staff hiring freeze which it says will remain in effect for the foreseeable future. Any exceptions, which will be very limited and will require Executive Officer approval.

Benefits Adjustments: Notre Dame will host a series of listening sessions with faculty and staff as it considers the option. If it were to reduce any portion of the match for a period of time, the university says it would not do so before January 1.

As for furloughs, Notre Dame says it is creating a job pool to repurpose staff members. For instance, it is considering reassigning staff who would clean instructional spaces between classes and assist as ushers in large classroom buildings at times of peak activity.

The university expects the strategy will significantly reduce its need for university-wide furloughs.