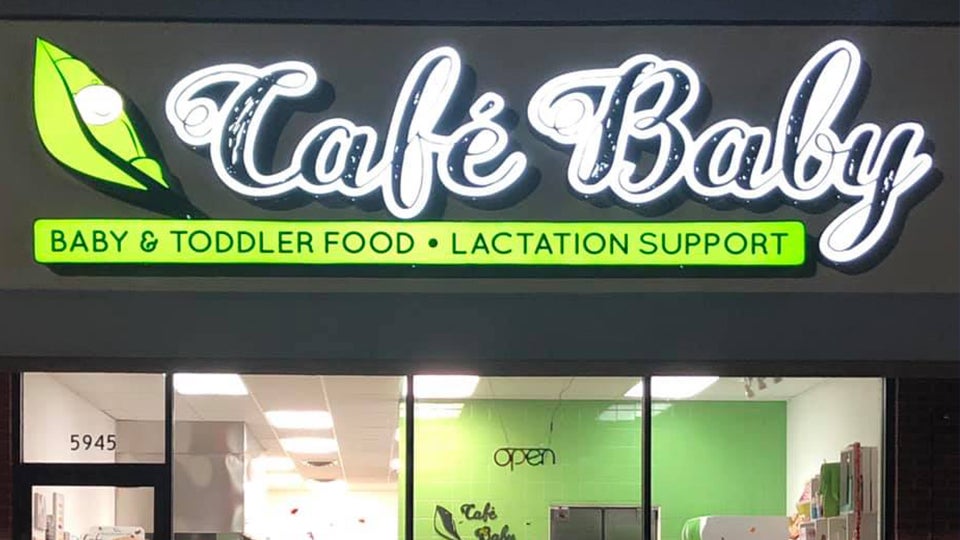 INDIANAPOLIS (Inside INdiana Business) — Thirteen months ago, Indianapolis-based Café Baby announced plans to open its first retail store on the northeast side of Indianapolis. However, just one week after construction began, the COVID-19 pandemic hit and local restrictions were put into place. “It was really challenging. Our contract was losing subcontractors left and right, which caused a ton of delays,” said co-founder and chief executive officer Jeannie Marrugo.

In an interview with Inside INdiana Business, Marrugo said the company, which produces and delivers freshly-made baby food, opened the store in June, while e-commerce sales skyrocketed.

“There’s no way we could’ve been able to keep up in our shared kitchen space that we were in before our kitchen opened,” said Marrugo. “We’re so fortunate that we weren’t relying on the retail space to stay open; we had online to keep us going.”

Marrugo and her mother founded the company in 2016 and outgrew two commercial kitchens before moving into the new location in the Castleton area in Indy. She says the space gives the company plenty of room to grow as revenues continue to increase.

“For us, it just makes sense for us to focus all of our efforts into growing our e-commerce site and we’re hoping that the retail space will kind of tag along with it as we grow,” she said. “We have some really exciting things planned for Q1 with redoing our website from scratch (and) starting to advertise. So we’re hoping that once all those things fall into place, our e-commerce traffic will grow and alongside, our retail space will grow too just as more people start to find out about us through advertising.”

Marrugo says one of the main challenges for the company during the pandemic was employment. The company had five employees, two of which had to leave for different reasons.

“Since then, we haven’t been able to find anybody to work because people aren’t comfortable leaving their circle. So, it’s been mom and me behind the scenes pumping orders out. We’ve been hiring for five or six months now and just haven’t had any luck so we’re hoping in the next couple of months as people feel safer going out, we’ll be able to get some more people in the kitchen.”

In the long-term, Marrugo says the company is working to get its Amazon channel up and running, as well as launching an online support community for mothers.