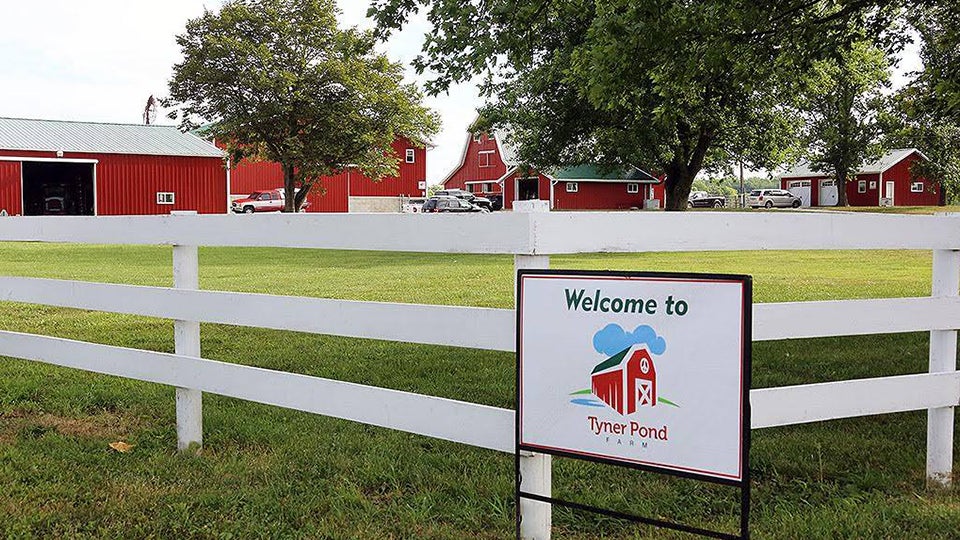 GREENFIELD, Ind. (Inside INdiana Business) — The co-owner of Tyner Pond Farm in Hancock County says the COVID-19 pandemic is bringing attention to the vulnerabilities of the global food supply chain.

The crisis has adversely affected meat processing facilities throughout the country, including Tyson Foods in Logansport and Indiana Packers Corp. in Delphi. Chris Baggott says the pandemic has led to a surge in demand for locally-sourced meats such as those from Tyner Pond Farm, which is seeing about three times the amount of business it usually does.

In an interview with Inside INdiana Business, Baggott said the farm has invested to be ready for an event like this.

“I think it was five years ago I kind of talked about how people are going to start ordering more and more groceries online and this is going to lead to a whole long-tail effect where ‘I’m not dedicated to a single store anymore; I can order from anywhere,'” said Baggott. “So far, we’ve been able to keep up but we sell out every single week. We bring animals into the processor every week and every week, we are sold out in about three days or less.”

Baggott says the situation bodes well not just for his farm, but others such as Gunthrop Farms in LaGrange, Seven Sons Farms in Roanoke, and Becker Farms in Henry County, among others.

He says the food industry has been consolidating for a long time.

“It’s sort of the only legal monopolies; there’s essentially three meat companies that control nearly 100% of all the meat consumed in American. In Indiana, we eat $8.8 billion a year worth of meat and less than $10 million of that comes from Indiana or is processed in Indiana that we consume. What’s processed here, like in the big Tyson plants, that’s all shipped away and we’re importing food and the whole system is a mess.”

Baggott says now that people have a better idea of the ease of buying locally, they’ll be more likely to continue doing it.

“There’s been this thought that this is all kind of elitist, that if you’re buying high-quality, pasture raised, no antibiotics, that you must also drive an Escalade. This is economically agnostic and we expect it to stay so we’re in the process of scaling up, of adding more animals into our system.”

Baggott anticipates the way people have adjusted to purchasing and consuming food to become a relatively permanent situation, even after the crisis is gone.

The land at Tyner Pond Farm was recently certified organic by the U.S. Department of Agriculture. Co-owner Amy Baggott appeared on Inside INdiana Business with Gerry Dick in January to talk about the certification and the next steps for the farm, which you can watch by clicking here.