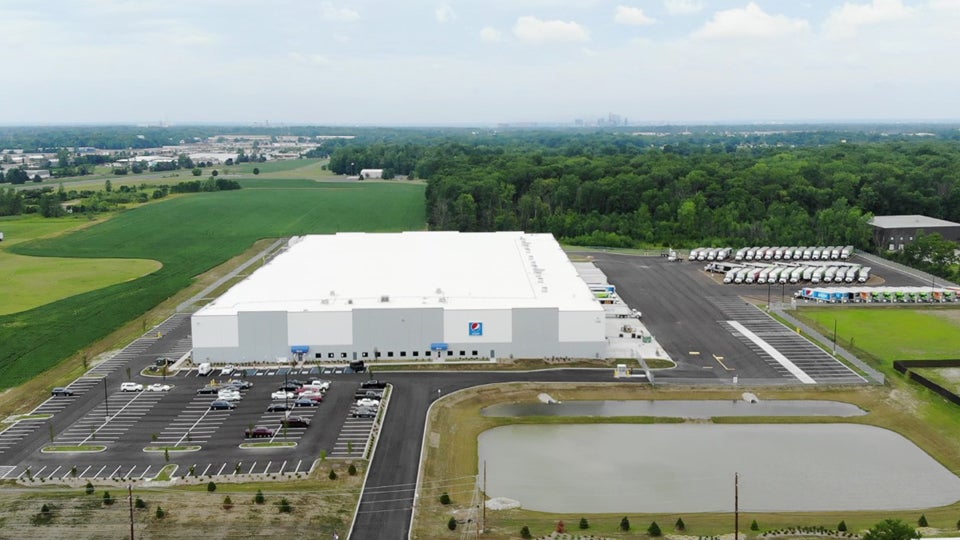 INDIANAPOLIS (Inside INdiana Business) — PepsiCo Beverages North America has started operations at its new 205,000-square-foot warehouse and distribution center on the southeast side of Indianapolis.

The soft-drink maker has made the investment as it also responds to growing demand due to the COVID-19 pandemic.

“We are definitely making and selling a lot more cans and bottles than we did last year,” said Rich Tompkins, president of PepsiCo Beverages North America-North Division.

The company says the new facility has created 30 new jobs and helps to retain nearly 470 current, full-time employees who will transfer from Pepsi’s other warehouse facilities.

PepsiCo Beverages North America has two major manufacturing plants in the city, including one which produces Pepsi and Lipton Tea brands. The other produces Gatorade. The new facility will support both production plants.

“Candidly, the reason why we built this new warehouse is that we were running out of sales and distribution space because the warehouse was attached to the production location.”

The company says it will keep beverage production at the same locations in the city. Tompkins says the new facility features new innovations in technology and delivery systems, which makes it more environmentally friendly.

“The difference in our new facility … versus what we had literally two months ago, we can now service one street with one truck,” said Tompkins.

Traditionally, the company would use tractor-trailer trucks for large deliveries to grocery stores and smaller format trucks to deliveries to convenience stores. Now, one semi-truck with a liftgate allows for the delivery to both locations.

“It takes a ton of handling out of the product, allows for more stops per truck, and service more locations,” said Tompkins. “It’s a more environmentally-friendly footprint, so sending one truck up and down a street as opposed to multiple tucks up and down a street.”

The plant is part of a 25-acre, $14.5 million complex developed by Scannell Properties. PepsiCo Beverages North America has an agreement to lease the property for 10 years.

Tompkins says as a food company, Pepsi was deemed essential and remained busy during the economic slowdown of the pandemic. As state regulations ordered restaurants closed, customers started to eat more at home and grocery stores increased their orders.

“Our retail customers are growing their business at an accelerated rate. and the foodservice business is declining. When you put both pieces together, we’re actually, growing,” said Tompkins. “We flex our distribution system and the products available to where consumers are shopping.”

In addition to the new facility, PepsiCo announced a $30,000 grant to the Gleaners Food Bank-Feeding America Program as part of an effort to help combat the effects of COVID-19.

The company says the funding to Gleaners will help support the company’s Summer Feeding Program, which will distribute family meal boxes consisting of 25 pounds of shelf-stable grocery items to families in need throughout the Indianapolis.

PepsiCo (Nasdaq: PEP) – both beverage and snack – employs 4,000 Hoosiers at 16 facilities in the state.