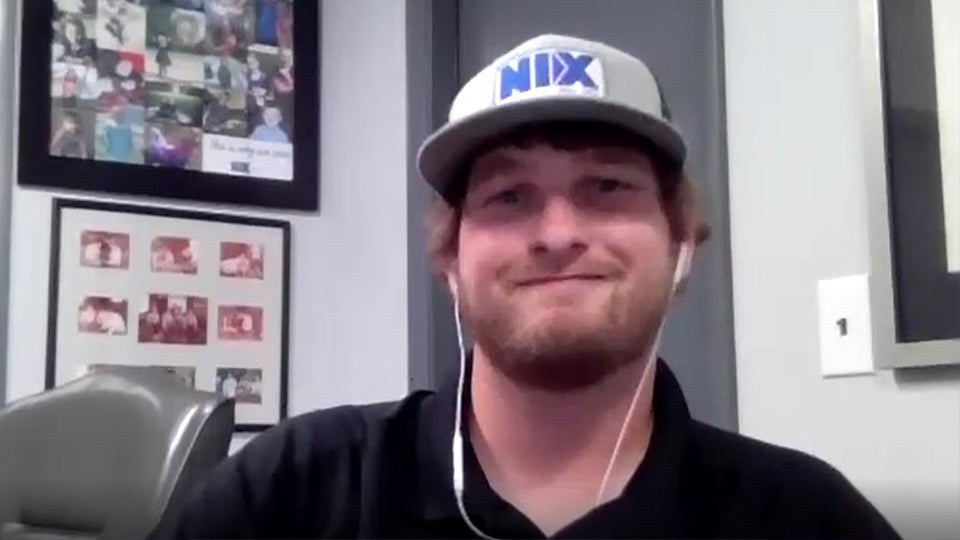 POSEYVILLE, Ind. (Inside INdiana Business) — A southwest Indiana entrepreneur has launched a startup with the help of a Poseyville company. Casey Voelker says the new company, Captivated Content LLC, aims to provide content and video creation services for businesses throughout the region looking to improve brand awareness. Voelker says the decision to launch his own business came from the encouragement of Matthew Nix, president of Nix Companies, where he previously served as marketing coordinator.

In an interview with Inside INdiana Business, Voelker said he joined Nix with the eventual goal of creating something of his own.

“One of the things I really liked is it seemed like that they like to hire people with that entrepreneur spirit and so right away, I kind of had in the back of my mind that if I ever wanted to go out on my own, it’d be nice to have a partner that understands how to build a business,” said Voelker. “The goal is for our company…to become on of the leading marketing content companies in southern Indiana or in our region and to have that close by for Nix is a big deal because as they continue to grow, they’re going to need top-tier marketing and branding and things like that.”

Voelker’s relationship with Nix began in 2016 when he began providing video marketing services for the company while working at various production and marketing agencies before joining the company in 2019. He says Captivated Content will be housed within Nix’ facilities.

“Bringing (Casey) on board full time in 2019 was a huge win for us, but it didn’t take me long to realize that he was a bird we couldn’t keep caged,” Matthew Nix said in a news release. “He is clearly very talented and has so much to offer the region. Helping other entrepreneurs launch and grow their own business has always been a dream of mine. So, when Casey approached me about our interest in helping him start his own business, I was ready to listen. What intrigued me the most is he’s more than just a ‘creative’. He gets the business side of things too. Both how creative needs to convert to actual revenue for the client and how all of that can be monetized in his business model. That combination is rare.”

Nix says the partnership creates the “best of both worlds” for his company by helping Voelker to reach his goals while also having him close by to advise and oversee the company’s own in-house marketing efforts.

Voelker says he sees a market for the services his company plans to deliver.

Voelker says he plans to initially target the manufacturing and trades industries.

“They’re kind of light years behind in a lot of their marketing, especially brand awareness,” he said.

Voelker says Captivated Content is largely self-funded with as-needed assistance from Nix. He says his goal over the next 1-2 years is to bring on multiple videographers with the eventual goal of adding graphic designers and others to jump start the content creation aspect of the business.

“When I came out of college, especially in southern Indiana, there wasn’t a lot of opportunities for me as a video creative to be employed. So I want to offer that to kids coming out of college or moving to the area and have a business that will hire these creatives. Hopefully, we’ll be able to hire at a top dollar salary; we’ll be able to give them the benefits that they need and then also, I want to have a really culture-oriented company, something that southern Indiana doesn’t really see too often, at least in the creative world.”