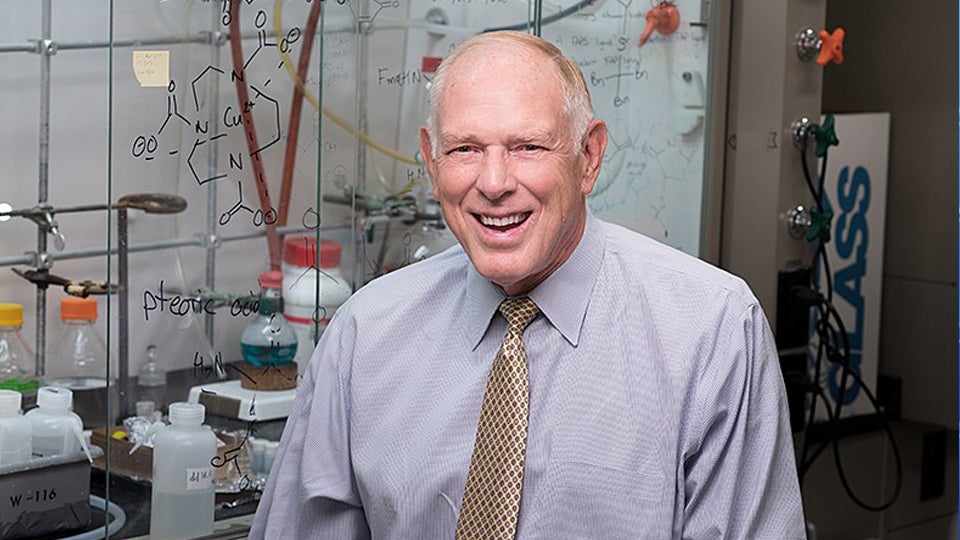 WEST LAFAYETTE, Ind. (Inside INdiana Business) — A surprise $8.5 million gift from the estate of a former professor of psychological sciences at Purdue University has been earmarked to support cancer research at the lab of renowned researcher Dr. Philip Low. The university says the gift from Dr. John Capaldi, who died in 2020, will fund more than 40 years’ worth of research.

According to Purdue, Capaldi told his attorney that after he died, he wanted his remaining assets to support cancer research in honor of his sister, who died of cancer.

“I was absolutely knocked off my feet when I found out what was in his estate,” Low said in written remarks. “These funds have come at a perfect time for my lab, in that we have been blessed with many good ideas on how to treat cancer but have been short on the funding to develop them. Over my 40-year career, I’ve taken the time to record my very best ideas, and with this remarkable gift from Dr. Capaldi, I won’t have to delay exploring them anymore.”

The gift includes Capaldi’s Purdue-funded retirement account. As opposed to federal grants, which require precise proposals on how the funding will be used, Low says he can use the funding to pursue discoveries as they arise.

“I found that simply asking that question can open up opportunities that I would have never envisioned had I not stopped to think about the potential value to humanity of the work that I was doing,” said Low. “I do believe I have an obligation to minimize the suffering of cancer patients if I can.”

Low has received two approvals from the U.S. Food and Drug Administration over a span of less than six months for two cancer-based innovations.

Late last year, the FDA approved Cytalux, an imaging tool that uses fluorescent technology to help spot ovarian cancer tumors during surgery. Cytalux is marketed by Low’s company, On Target Laboratories, which aims to get the tool on the market later this year.

In March, the FDA approved Pluvicto, a treatment for men with advanced stage prostate cancer who have run out of treatment options. The drug is being sold by Novartis, which acquired Low’s former company, Endocyte, in 2018 for $2 billion.

Patrick Wolfe, dean of the College of Science at Purdue, says Capaldi’s gift will have a lasting impact on cancer research at the university.

“We are very proud to support Professor Low’s signature patient-focused treatments, and these funds will enable him and his laboratory to focus not only on several different cancers, but also on fibrotic, autoimmune and CNS diseases, as well as bone fractures and even inherited diseases,” said Wolfe. “All of us are eager to see what kind of exciting new treatments will emerge over time as a result of this transformational gift.”

Low recently spoke with Business of Health Reporter Kylie Veleta on the Pluvicto approval and why he wants to continue his research instead of retiring. You can watch the interview by clicking here.