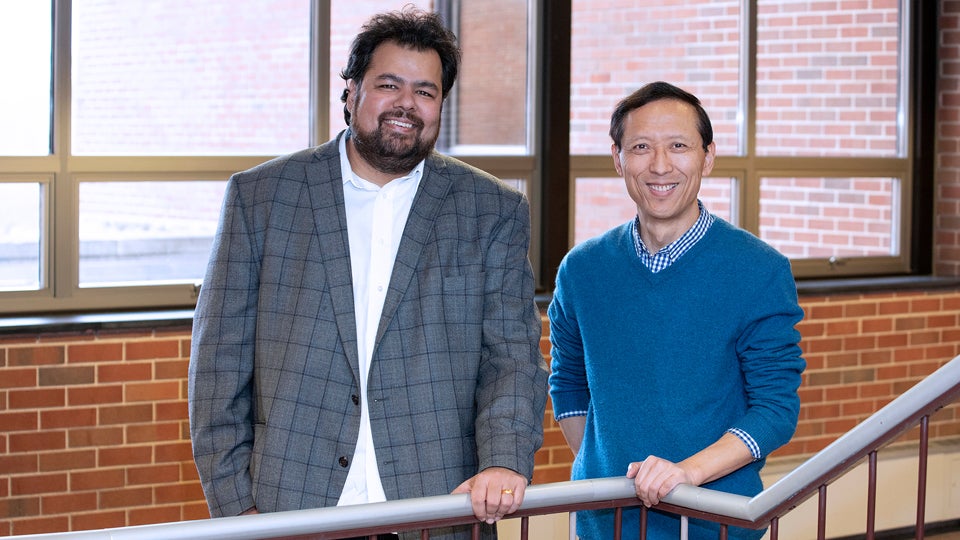 WEST LAFAYETTE, Ind. (Inside INdiana Business) – Purdue University has received a $1.3 million grant from the U.S. Department of Defense. The University says the funding supports its work to improve treatment for post-traumatic brain injuries, as well as dementia and Alzheimer’s disease, among wounded soldiers.

Purdue’s research team is led by Gaurav Chopra, an assistant professor of analytical and physical chemistry in Purdue’s College of Science. Chopra also directs a laboratory in chemical immunology.

“This project is highly relevant to the military, in that there is an alarming trend in the increasing reports of post-traumatic brain injury, Alzheimer’s disease and related dementia among wounded soldiers, imposing enormous emotional and economic burdens on military families, their communities and society as a whole,” said Chopra.

Chopra is joined by Riyi Shi, a co-investigator on the grant, who is a professor of neuroscience and biomedical engineering and director of the Center for Paralysis Research in Purdue’s College of Veterinary Medicine and Weldon School of Biomedical Engineering.

The team is working with Purdue’s Bindley Bioscience Center, Purdue Center for Paralysis Research, and Purdue Institute for Drug Discovery, among others.

Purdue says the work involves “developing biomarkers and identifying new targets for phagocytic function of microglial cells, immune cells in the brain, in the context of brain injury-related Alzheimer’s disease and other dementia.”

“Intense combat conditions will also increase the incidence of traumatic brain injury in situations such as severe car accidents or accidental falls from varying heights,” Chopra said. “Therefore, uncovering the mechanisms responsible for this epidemic that detracts from the quality of life for thousands of veterans could profoundly benefit our soldiers who sacrifice a great deal to ensure our freedom.”