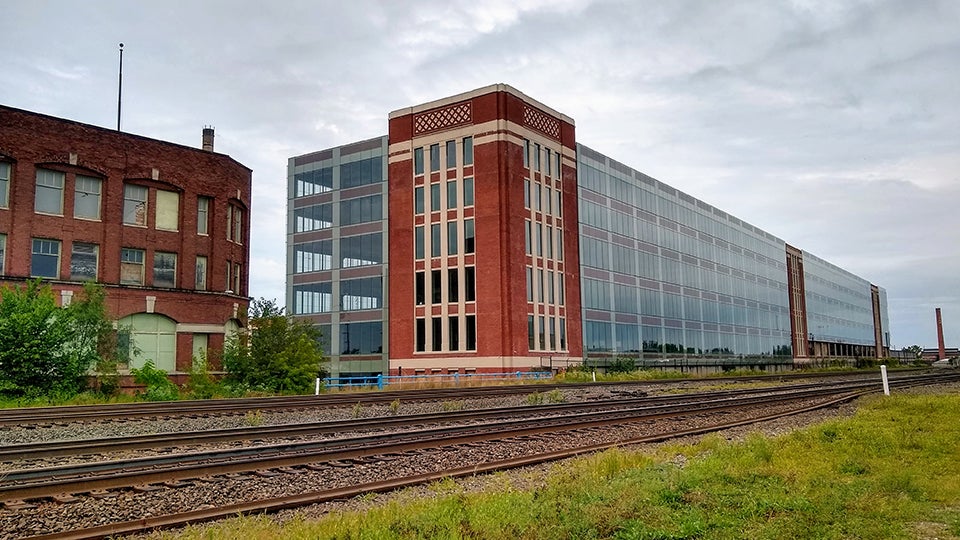 SOUTH BEND, Ind. (Inside INdiana Business) — The man at the helm of the Renaissance District in South Bend says the multiyear effort to transform the former Studebaker Corp. site is ready to enter its next phase.

Kevin Smith, president and chief executive officer of IQI, said the mixed-use technology campus has secured additional capital for operational and future development. Smith said tenants at the district joining new tenants and the next phase of the project involve a more people-centered focus.

In an interview with “Inside INdiana Business,” Smith said seeing the transformation of the Renaissance District has been very rewarding on a personal level.

“I intentionally took on that project because it was such a huge, negative icon that was weighing our community down,” Smith said. “To have it go through this metamorphosis and go from an old, antiquated, negative icon and translated into a positive, forward-looking icon, I’ve been blessed. It’s had a tremendous impact on our community and how the community even sees itself, and I think that laden capability had been there, so I didn’t create that. But I think it helped it to … I think it allowed people to believe in themselves again.”

Developers are focusing on two specific buildings on the campus, which are technology-infused real estate. Smith said the buildings, known as Building 112 and Building 113, feature the necessary tech infrastructure required by tenants, such as Purdue Polytechnic Institute.

“We’ve always seen ourselves as community champions, and with this new foundation we’re ready to move forward, to see how we can build on our momentum and better serve our tenants and our community,” Smith said. “Over the next several weeks, we’ll be announcing expansions by several existing tenants, and new tenants moving in before the end of the year.”

Smith said in addition to the people-centered focus related to Building 113, developers are also focusing on enhancing the technology platform and moving toward manufacturing data-centric environments. The Renaissance District, according to Smith, features scalable data transfers to and from any point around the world.

Work on the Renaissance District has been ongoing for many years, with the first phase being completed in 2012 when Smith acquired the remaining Studebaker manufacturing buildings.

Last December, Smith appeared on a special Quality of Life Projects Town Hall edition of “Inside INdiana Business with Gerry Dick” to talk about the project. You can watch the full interview here.