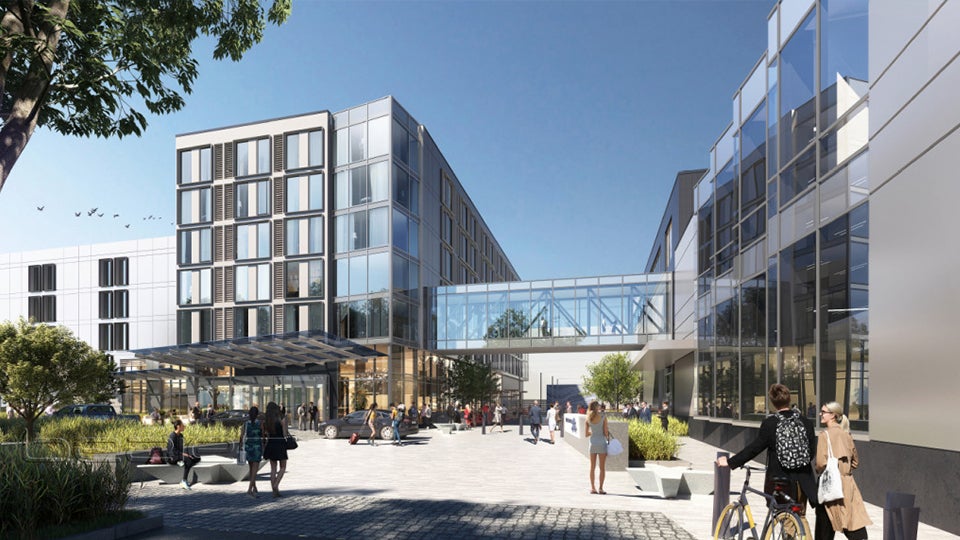 CARMEL, Ind. (Inside INdiana Business) — The chief administrative officer of Indianapolis-based Republic Airways says a planned $200 million aviation campus in Carmel is both an investment in workforce development, as well as the continued development of the city. The airline this week detailed plans to establish its corporate headquarters and a state-of-the-art training hub at the Meridian Corporate Corridor, bringing nearly 2,000 jobs to the city. Matt Koscal says the project, when complete, will help recruit and retain top talent.

In an interview with Inside INdiana Business, Koscal said the campus will provide tremendous support to the airline’s operations.

“What a lot of folks don’t realize is the amount of training that goes on behind the scenes, 24/7, 365 days a year and when you really understand that and you look at that, it’s an amazing amount of energy that comes into a community and Carmel got that,” said Koscal. “They were willing to partner with us. The state of Indiana has been willing to partner with us to ensure that we can create a best-in-class facility and a best-in-class environment that makes this a destination.”

Koscal says plans for the campus have been in the works for a few years and the company considered many different locations before settling on Carmel.

In addition to a new headquarters building, the project includes a three-story, 105,000-square-foot training facility featuring classrooms, workstations, cabin trainers and flight simulators. There will also be a new parking garage that will incorporate retail and residential space.

The campus will be located along 126th Street near U.S. 31, which the city says has seen challenges after upgrades made to the highway resulted in a loss of direct access to the area. Koscal says the area has not been a bright spot in a corridor that otherwise has been thriving.

“To be able to take that piece of land and envision what we can do with it has been exciting for everybody here at Republic,” he said. “We’ve got deep roots in Indiana. The city of Carmel has done a great job in just the development…of the city to make it an attractive place. Today, we compete for the recruitment and retention of talent on a national level and we think having a strong city with great schools, great parks and good partnership and arts and all the investments that are important to our current and future employees is something that could not be a better outcome for Republic Airways and for Carmel.”

Another major aspect of the project is the renovation and expansion of an existing Hampton Inn hotel, which was acquired by Indianapolis-based Kite Realty Group Trust Inc. (NYSE: KRG), which is the master developer for the project. The expansion will bring the hotel to 274 rooms, which will be reserved exclusively for people traveling to the campus.

Koscal says having a state-of-the-art training facility is important to make sure employees are properly prepared for their jobs, but having a quality, dedicated living space for trainees, while they’re in town, is just as important.

“What [our associates] do is serious work. Being able to provide them the best environment to train in and to be at the top of their game in the aviation profession is fundamental to everything that we do and that goes beyond the simulators. It goes beyond the classrooms, but it goes to the study time and the relaxation time that’s necessary to keep you at the top of your game and having the dedicated hotel and housing facility there for our associates, we think, allows us to do that.”

Koscal says the company hopes the project spur’s the city’s ability to develop the land just north of where the campus will be built, which could include another corporate headquarters, particularly for a company in the aviation industry.

Koscal will further discuss the project on this weekend’s edition of Inside INdiana Business with Gerry Dick.