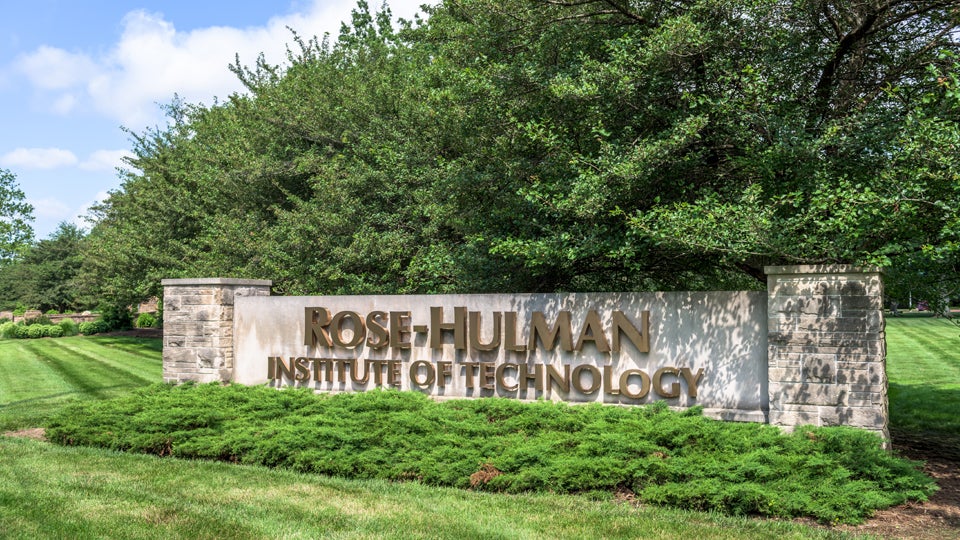 TERRE HAUTE, Ind. (Inside INdiana Business) — Rose-Hulman Institute of Technology is celebrating the completion of a quarter of a billion dollar fundraising effort at the Terre Haute institution. The engineering school says the $250 million Mission Driven Campaign is paying dividends, in the form of scholarships, new academic space and programming that will enhance the school’s reputation as a national leader in STEM education.

“One of the things that is attractive to a lot of our students is the fact that they have opportunities to be on equipment and have experiences with hands on activities in the various engineering disciplines that many students don’t have until the graduate level,” said Rose-Hulman President Robert Coons. “We pride ourselves in offering those opportunities. But to do that, we have to have highly qualified faculty.”

Rose-Hulman, which launched the campaign eight years ago, says about half of the money ($127 million) is geared towards student scholarships and financial aid. The school says another $81 million supports the Rose-Hulman endowment and $30 million supports the construction of new academic space, such as the 70,000-square-foot academic building, which will open for the fall semester. Rose says investment in facilities is critical in drawing top students and faculty.

“These new workspaces, laboratories and classrooms provide our faculty with the tools to in turn provide our students with the skills desired by industry throughout the world and the nation’s leading graduate and doctorate programs,” said Jeffrey Harrison, president and chief executive officer of Citizens Energy Group in Indianapolis, who served as the campaign co-chair and is a Rose-Hulman alumni.

The school says the campaign raised $50 million over the past year alone, despite the pandemic. Since 2018, the campaign generated $100 million in gifts.

“We’ve been pleasantly surprised a bit at how responsive some of our major donors have been despite, or in addition to, the challenges with a pandemic,” said Coons.

Coons says alumni account for about two-thirds of the giving. He says those gifts have helped with the creation of Noblitt Scholars programs, the expansion of the Mussallem Student Union and the development of the Kremer Innovation Center.

“Keeping current facilities, both in terms of just attractiveness, but also function and usefulness is critical,” said Coons. Recent gifts have also helped support athletics facilities, which Coons says is key to a well-rounded education and is an important recruitment tool.

“Over 50% of our freshmen class play some form of varsity athletics. And we’re (NCAA) Division Three. What they also love is to continue playing their sport for four more years. And at a smaller institution and a smaller conference, that’s something they can do,” said Coons.

While the school acknowledges the success of this fundraising, “we are going to pause for a day or two and celebrate,” Coons says the effort never really stops. In recent years, the school purchased an additional 1,100 acres of land. He says that property needs to be folded into strategic campus planning.

“We are excited about starting a new phase of that planning,” said Coons. “And along with that, of course, will be needs for financing those activities. And so the campaign goes hand in hand with that.”