Salmon company AquaBounty Technologies announces growth, but not in Indiana 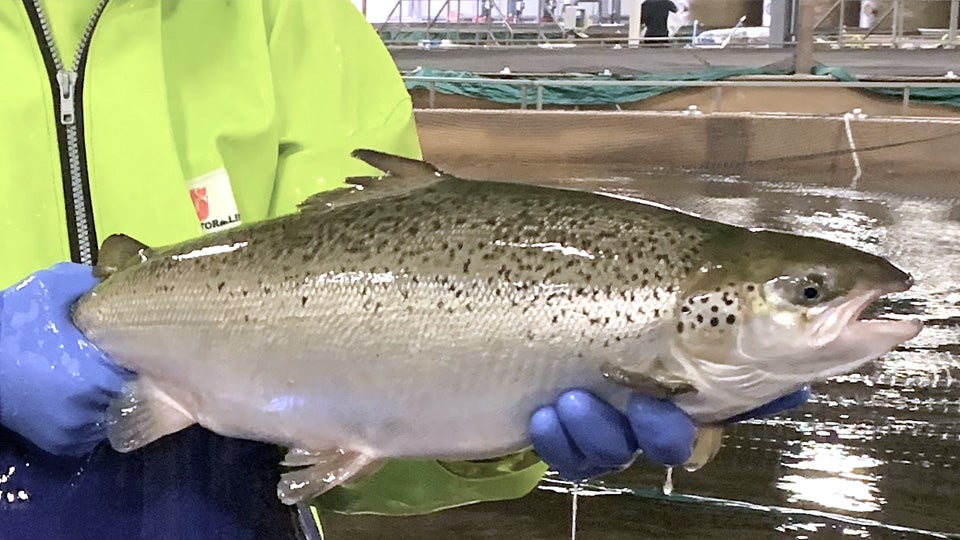 ALBANY, Ind. (Inside INdiana Business) — AquaBounty Technologies Inc. (Nasdaq: AQB), which is raising genetically modified salmon at its facility in Randolph County, has announced plans to expand. But for now, it will not be in Indiana.

The Massachusetts company says it will build a large-scale commercial facility in Mayfield, Kentucky.

AquaBounty says the new plant will have annual fish production of 10,000 metric tons, which is about eight times more than the facility in Albany.

While Indiana was one of 230 sites considered for the new plant, the company says the Kentucky site exceeded its selection criteria.

When asked why Indiana was not selected, a company spokesperson said, “Albany continues to be an important part of the AquaBounty farm system and will for years to come.”

The Indiana aquaculture plant was the company’s first farm in the U.S. where it is currently raising about 1,200 metric tons of conventional Atlantic salmon.

It is at this same location where AquaBounty is raising its genetically engineered AquAdvantage Salmon, the nation’s first FDA-approved GE fish protein for human consumption.