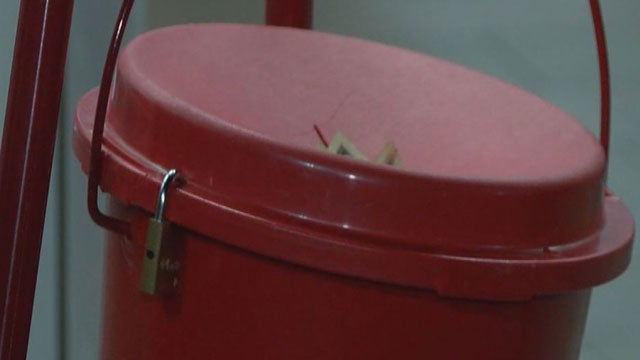 INDIANAPOLIS (Inside INdiana Business) — The Salvation Army of Central Indiana will Friday kick off the annual Red Kettle Campaign at the Indiana Historical Society in downtown Indianapolis. This year’s campaign is taking on a new look in light of the pandemic with a virtual campaign in addition to the traditional kettles outside of local retailers.

The organization has set an overall goal of $3.2 million through the red kettles located throughout central Indiana this holiday season. The virtual campaign, in which supporters can create their own virtual red kettles, aims to raise an additional $250,000.

“This fundraising campaign is always an integral part of our annual operations,” Major Marc Johnson, divisional commander of The Salvation Army Indiana Division, said in a news release. “This year, because of the COVID-19 pandemic, many people who were regular donors now find themselves in need of help, support, and hope.”

In an interview last month on Inside INdiana Business with Gerry Dick, Johnson said Hoosiers may see fewer bell ringers where the red kettles are normally located, but many of the Salvation Army’s retail partners have signed on to have red kettles at their locations this year.

Johnson added extra precautions are being put in place to keep volunteers safe.

The organization says it served about 68,000 Hoosiers during the Christmas season last year. However, the pandemic has led to a surge in demand from more than 105,000 residents.

The kick-off ceremony is invitation-only and closed to the public “only to maintain safe occupancy levels.”