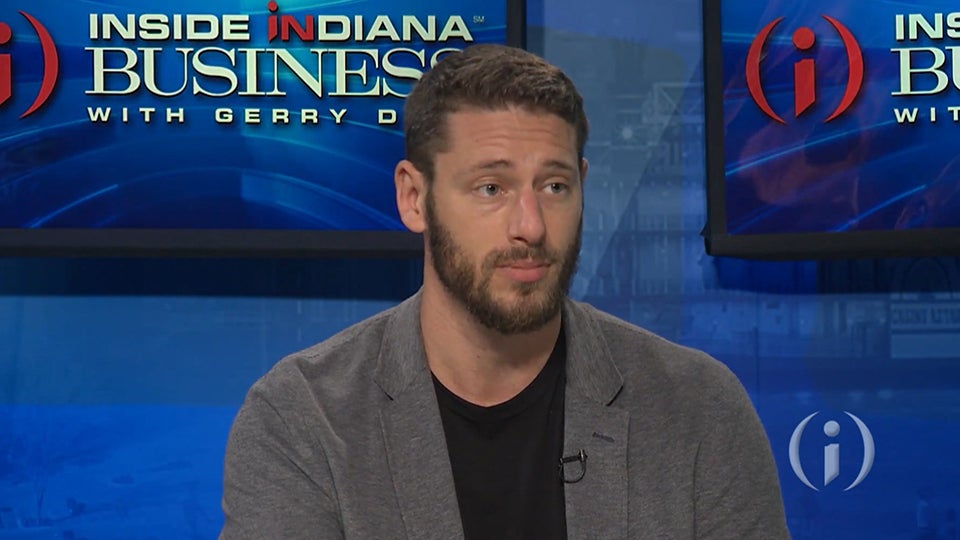 INDIANAPOLIS (Inside INdiana Business) — The 10 startups participating in the second cohort of the Techstars Sports Accelerator Powered by Indy will Thursday pitch their ideas as part of the accelerator’s Demo Day. Being held virtually this year, the startups will present their ideas to hundreds of venture capitalists, corporate leaders and others. Managing director Jordan Fliegel says the companies represent sports categories including esports, sports media and athleisure.

In an interview with Inside INdiana Business, Fliegel says the accelerator sought startups that would be relatively insulated from the risks of the pandemic.

“We had the benefit of knowing that we’re in the middle of a pandemic. What companies would do well and benefit over this period of time?,” said Fliegel. “For instance, we have two esports streaming-related businesses that have seen a great uptick. We’ve seen athleisure – we have one company that’s a footwear brand this year – that’s a category that’s doing very well. People are buying online. They want to be comfortable working more from home and so it’s a great time to be in athleisure. We have a lot of verticals within the overall sports umbrella that are doing very well.”

This year’s class includes six U.S.-based companies, as well as companies from Ireland, Germany, Israel and Colombia. Fliegel says seven of the companies took part in the accelerator in Indianapolis, while the others were not able to travel due to the pandemic.

Fliegel says all of the companies have been able to raise funding during the accelerator while learning from executives of partner organizations such as Pacers Sports & Entertainment, the NCAA, Indiana Sports Corp, the Indianapolis Colts and the Indianapolis Motor Speedway, as well as volunteer mentors from throughout the sports world.

“Indianapolis has long been recognized as a sports business hub, and our evolution into the Midwest’s fastest-growing tech ecosystem makes the marriage between tech and sports both natural and powerful,” said Pacers owner and NBA alternate governor Steve Simon. “The work Techstars has done in recruiting and supporting these incredible startups has been remarkable, and we are excited to see first-hand how these companies will change the sports business landscape.”

The startups from the 2020 Techstars Sports Class includes:

Fliegel says even though this year’s accelerator ends after Demo Day, the startups will continue to receive assistance from Techstars going forward.

“My focus after Demo Day is really in helping these companies raise capital so that they can hire and expand,” said Fliegel. “And then in January, our applications open for next year’s program to find the next 10 companies. But we stay constantly involved with last year’s class, with this year’s class, going forward. You know, the typical startup takes 7-10 years before it sells or goes public so even though the program is only three and a half months officially, it’s a long-term involvement.”

The Demo Day event is open to the public. You can find out more about the Techstars Sports Accelerator Powered By Indy by clicking here.