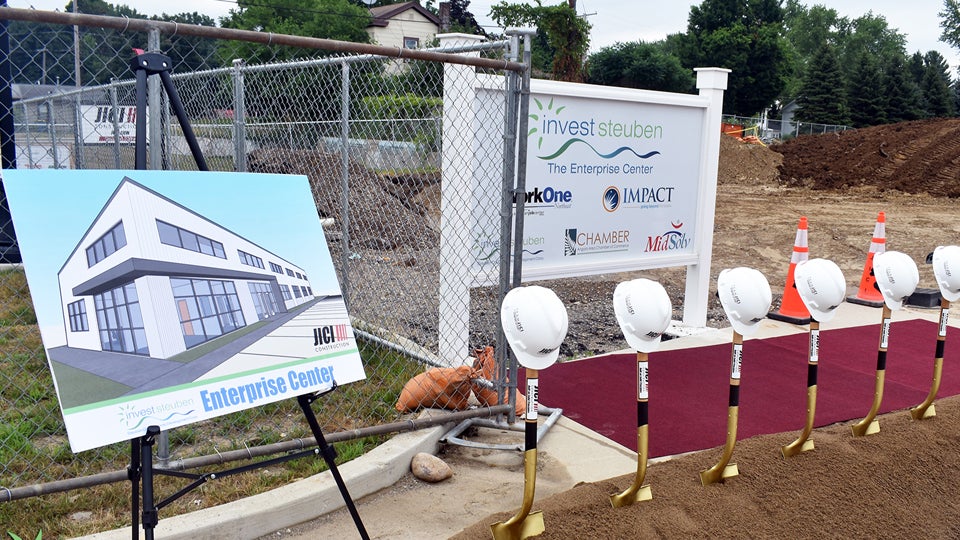 ANGOLA, Ind. (Inside INdiana Business) – The Steuben County Economic Development Corp. has broken ground on its new headquarters in Angola. The Enterprise Center will be a 6,000-square-foot facility housed within the organization’s overall development at Enterprise Point.

The Steuben County EDC says the new facility will be “a maker space designed to energize local and regional entrepreneurs.”

“Back in 2014, our organization brought together groups of both public and private to create the concept of the Enterprise Center around Training Space, Incubator Space, and Co-Working Space,” said Isaac Lee, executive director of the Steuben County Economic Development Corp. “Initially, the almost $2 Million dollar investment in these ideas as well as into this parcel, has now generated over $10 Million dollars in total investment. This final phase will concentrate on enhancing the entrepreneur eco-system and will continue to help keep our innovations and talent growing from within.”

The organization says the groundbreaking is a sign of the continued rise of Steuben County and northeast Indiana.

“To me what really makes you so successful is the collaboration and partnerships you have in Steuben,” said Lieutenant Governor Suzanne Crouch. “When it comes to being able to prepare workers for the 21st century, you all have got it going on here. Governor Holcomb and I are so proud of the work you all are doing.”

Over the last decade, the EDC says Steuben County’s labor force has grown on average by 2-3% each year totaling more than 17,500 in early 2020; the highest labor force recorded in the history of Steuben County.