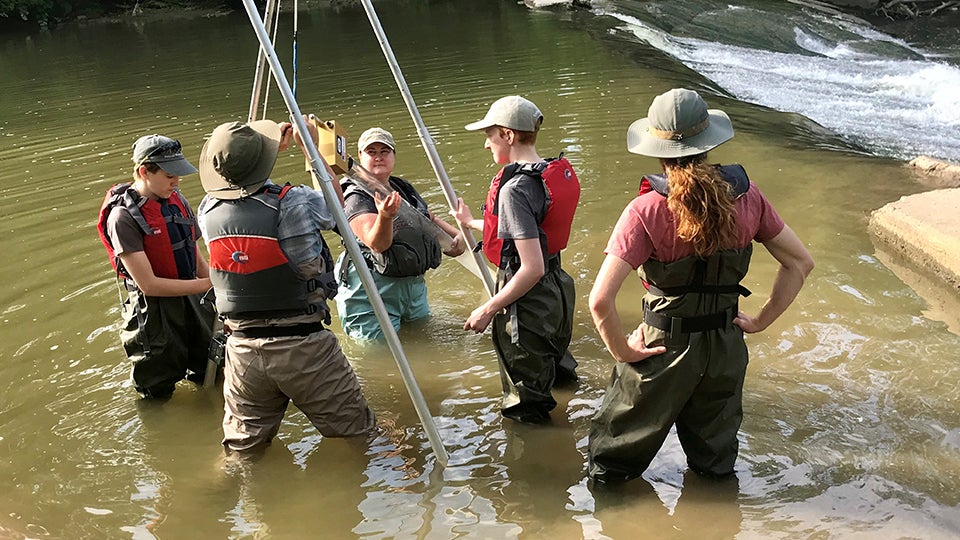 RICHMOND, Ind. (Inside INdiana Business) — A study conducted by researchers at Earlham College suggests the removal of the Weir Dam in Richmond “should not release significant contamination” into the Whitewater River. The researchers sought to determine if there were any potentially harmful levels of contaminants in the sediment trapped behind the dam.

Earlham says the more than century-old dam was built to divert cooling water to a city-owned natural gas plant that no longer exists. The city plans to remove the dam late next summer with the goal of opening the river to fish passage, improving safety and providing redevelopment opportunities for recreation.

The team of researchers was led by Andy Moore, professor of earth and environmental science at Earlham, and Shannon Hayes, a licensed geologist and geology curator at the college. Several Earlham students were involved in the study.

The team collected sediment samples that were analyzed by an independent lab, which found trace amounts of metals and hydrocarbons, but no pesticides or PCBs.

“The sediment accumulated behind the dam is a record of the industrial history of the Whitewater Gorge,” said Moore. “While we cannot guarantee there isn’t any contamination, the concentrations measured were much lower than any of us anticipated.”

Hayes says the team will continue its research after the dam is removed to track sediment migration and monitor the river’s recovery.