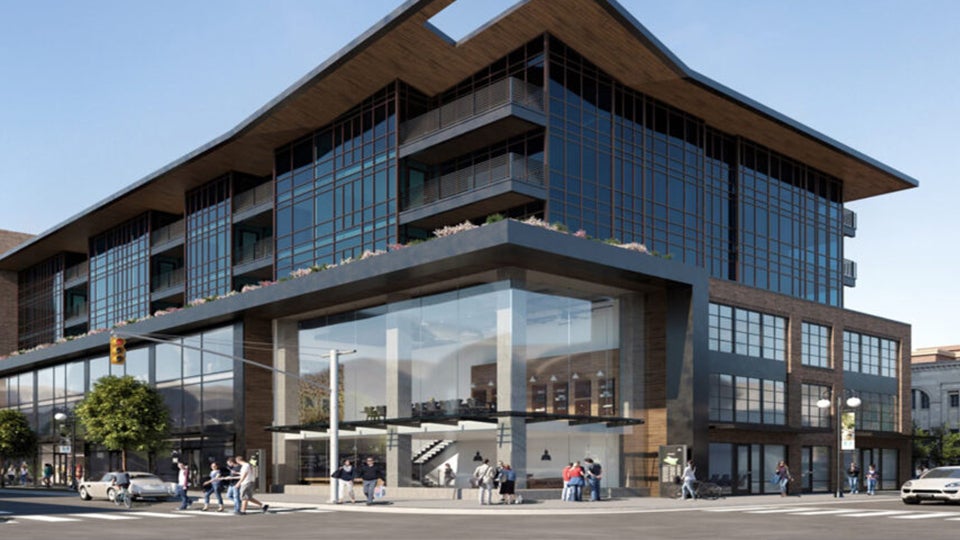 FORT WAYNE, Ind. (Inside INdiana Business) — A Switzerland-based risk management firm has announced plans to move its regional office in Fort Wayne to The Riverfront at Promenade Park by the end of the year. Swiss Re Group, which employs nearly 200 in the city, says it will invest nearly $5 million in its space in the $90 million mixed-use development, which will open in two phases this year.

The company provides reinsurance, insurance and other forms of insurance-based risk transfer with about 15,000 employees around the world. It has been in Fort Wayne since its acquisition of Lincoln Re in 2001.

Swiss Re will occupy commercial space on the second and third floors of the development. Greater Fort Wayne Inc. says the company’s space will be outfitted to support a hybrid work model.

“We’re pleased to be able to offer such a premier space for our Fort Wayne employees and the location and surrounding amenities will also make our Fort Wayne office an attractive destination for the many visitors we host there,” Jonathan Isherwood, chief executive officer of Reinsurance Americas for Swiss Re, said in a news release. “The move demonstrates our commitment not only to the city of Fort Wayne, but also to our very talented people who contribute a lot to our success.”

Officials broke ground on The Riverfront at Promenade Park nearly a year ago. When complete, the development will include 45,000 square feet of commercial space, more than 200 apartments, seven townhomes and a 900-space parking garage.

GFW says the parking garage is expected to open in the first quarter, while the remainder of the project is slated for completion by the end of the year.