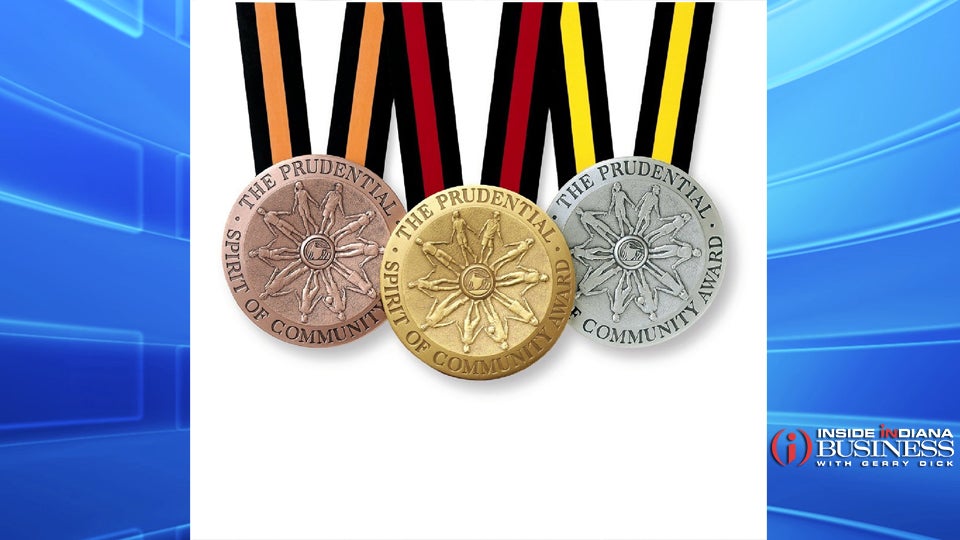 INDIANAPOLIS (Inside INdiana Business) — A nationwide program honoring young people who volunteer has named Indiana’s top two volunteers and several finalists. Emily Graves, 17, of LaPorte and Margaret Dimmett, 13, of Zionsville were named the top volunteers in the state by The Prudential Spirit of Community Awards. Each will receive $1,000, an engraved silver medallion and an all-expenses-paid trip to Washington D.C. in May. The two Indiana teens will join top honorees from other states for four days of events, where 10 students will be named America’s top youth volunteers of 2020.

Graves is a senior at new Prairie High School and founded a nonprofit that has delivered over 35,000 Girl Scout cookies to active and former military personnel over the past decade. Emily’s mother asked her then 6-year old daughter how she could use the cookies to help others, and Emily bought several boxes with her own money and solicited donations to buy 600 more boxes and then contacted veterans organizations to help ship the cookies to service members. “Active military members are separated from their homes and families,” Graves explained. “I wanted to give them a piece of home, something comforting in the midst of uncertainty.”

Graves now solicits donations from organizations and companies every Girl Scout cookie season and seeks help from local Girl Scout troops. Graves buys 5,000 boxes and packs them at an annual event, “Cookies for Soldiers”, and then ships them to active soldiers and veterans.

Zionsville Middle School eighth-grader Margaret Dimmett established a charity with her sister three years ago that has raised over $13,000 to purchase instruments, sheet music and other equipment for schools and programs across the state. Margaret and her sister Kate both play the violin, and realized at a young age how expensive instruments are, which makes it difficult for some students to learn music. “We wanted to provide as many students as possible with the chance to be exposed to music in their schools or through other programs”, said Dimmett.

The sisters began performing at local businesses for donations and began an annual letter-writing campaign to solicit more donations. Since 2017, over 20 musicians have performed at events to raise funds for her foundation, “Notable Measures”. The organization has provided grants to eight schools and music programs across the state, as well as providing scholarships for three students to play in a youth orchestra.

Several Indiana students were also named distinguished finalists, they include: Adam Akan of Dyer, Doonyah Alucozai of West Lafayette, Emma Dillon of Franklin, Julia Hamblen of Shelbyville, Elayna Hasty of Angola and Julia Keibler of Crandall, who each will receive a bronze medallion.