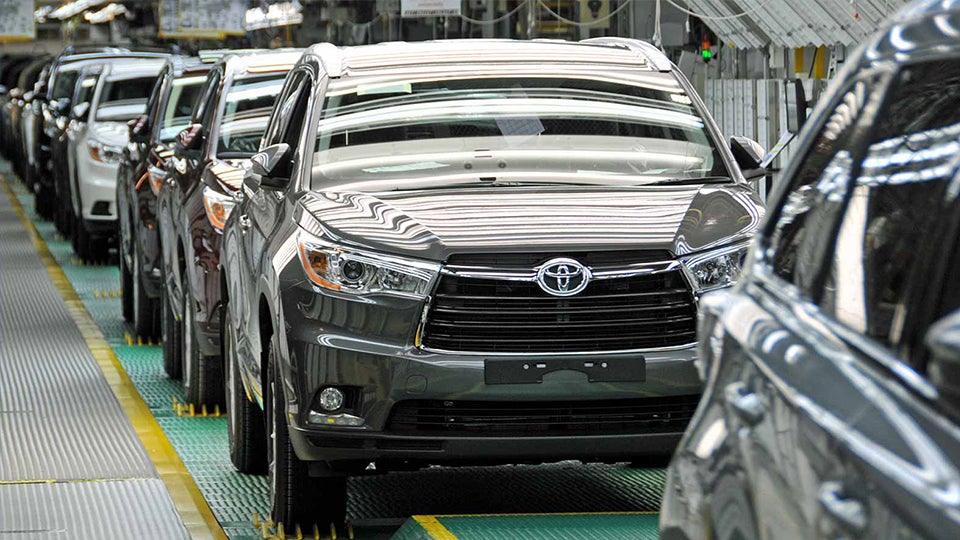 PRINCETON, Ind. (Inside INdiana Business) — Auto manufacturers are adjusting their production schedules as they deal with the uncertainty of the coronavirus. At least one carmaker is already altering its previously announced shutdown.

Toyota Motor Co. said Thursday it is extending the length of its production suspension at all of its automobile and components plants in North America.

The manufacturing facilities, including the Toyota Motor Manufacturing Indiana plant in Princeton, will be closed from March 23 through April 3, resuming production on April 6, 2020. The original plan called for the resumption of production on March 25.

“This action is being taken to protect the health and safety of our employees, key stakeholders, and communities, as well as a result of the significant market decline due to the impact of the COVID-19 pandemic,” said a company statement.

The automaker says it will shut down the production line on March 23-29. SIA says the move will ensure the health and safety of associates and to adjust the volume for market demand as a result of COVID-19.

Subaru says all employees will receive full pay during the one-week shutdown.