‘We’re Off!’: KY/IN celebrate launch of I-69 bridge project 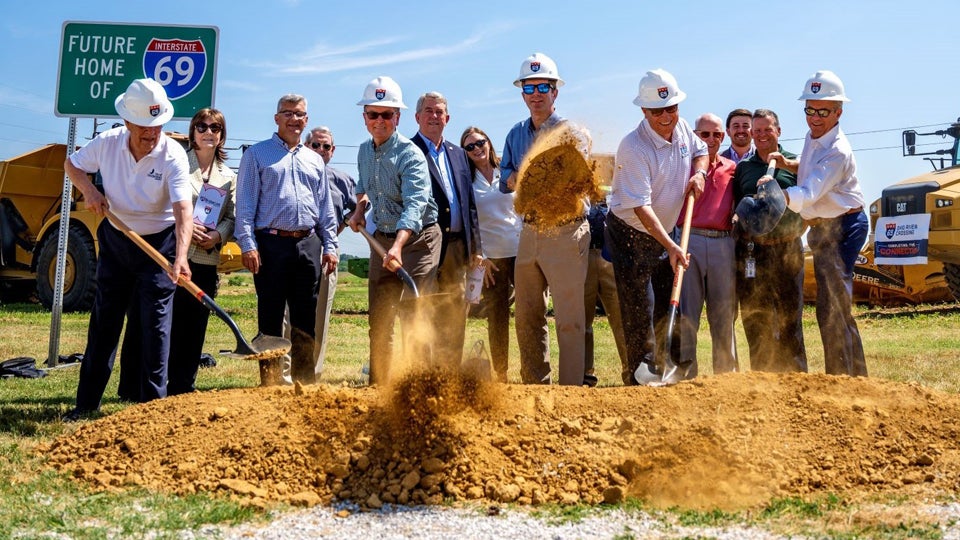 EVANSVILLE, Ind. (Inside INdiana Business) — The day when interstate motorists can cross the Ohio River from Evansville to Henderson, Kentucky is still about a decade away, however the bi-state project on Wednesday hit a major milestone. Officials from Kentucky and Indiana broke ground on the first phase of the Interstate 69 Ohio River Crossing.

The I-69 ORX project is divided into three sections for construction. Section one focuses on improvements in Henderson and extends from KY 425 to US 60. The Kentucky Transportation Cabinet says work begins this summer and will continue through 2025.

“This is a monumental day,” said Kentucky Governor Andy Beshear. “The I-69 Ohio River Crossing will mean improved travel and increased opportunities in Western Kentucky and beyond. It gives me a lot of pride to proclaim to the people of Western Kentucky that ‘We’re off!’”

Phase two involves construction of a four-lane, tolled bridge over the Ohio River. This is the link that will connect the two states via I-69.

“It’s a great feeling to stand in Henderson today, pick up a shovel and help turn the first dirt on this monumental project,” said Evansville Mayor Lloyd Winnecke. “The I-69 Ohio River Crossing will join our communities in ways not possible before. Interstate connectivity is a gamechanger.”

ORX section three involves construction of the bridge approach in Indiana. That project, being overseen by the Indiana Department of Transportation, is expected to begin 2024.

Motorists currently cross the river via U.S. 41. According to the I-69 ORX website, the southbound bridge will likely be demolished after the I-69 bridge opens. The northbound U.S. 41 bridge will be retained for two-way traffic.