Inside look at the Borg-Warner Trophy 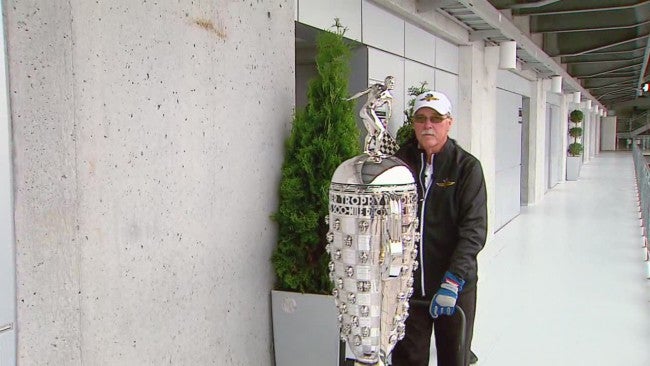 INDIANAPOLIS (WISH) – The Borg-Warner Trophy will be awarded to the fast on Sunday, but have you ever wondered how much the trophy weighs?

24-Hour News 8’s Eric Halvorson stopped by Gasoline Alley as the trophy was being moved to the Motor Speedway Hall Of Fame Museum to get a closure look.

Organizers say moving the 110 pound trophy is a big responsibility. The trophy is worth over $3.5 million.

Jim Klotzsche and Ken Lemmon spend a lot of time with the trophy. They say it takes both of them to lift it up and put it on to a cart.

“It’s a great honor to be able to handle this trophy and move it around to where it needs to be,” said Klotzsche. “I never touch it – without the gloves. Only the car drivers can touch the trophy.”

Once on wheels, they roll the trophy to a van for its next appearance.

The biggest move of the year comes on Sunday morning — when they put it, track side at 6 a.m.