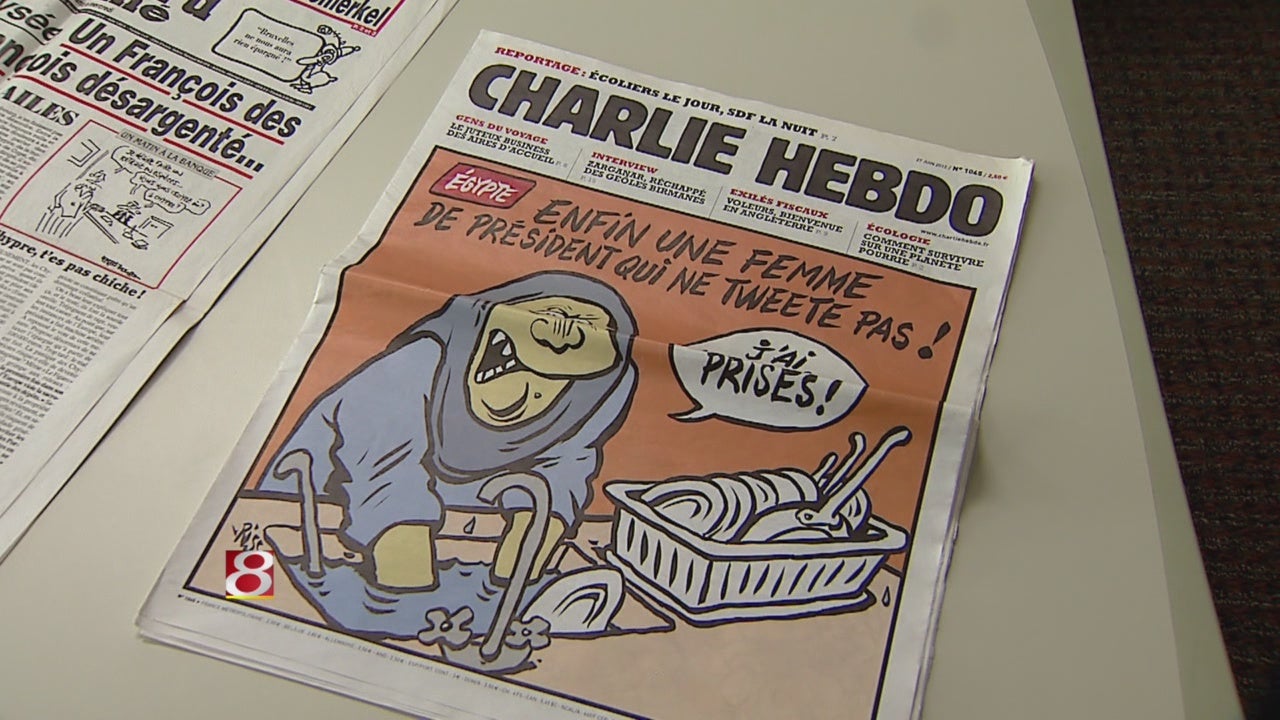 INDIANAPOLIS (WISH) – The events in France are on the minds of many here in Indiana.

Students and staff at the International School of Indiana have been watching the developments in Paris closely all week. For several of them, who are actually from France, it’s been a lesson about Freedom of Speech.

Garner has been teaching French for nearly 20 years – the past seven of them at the International School of Indiana. Just last week, Garner’s lesson has been about the French media. She’s been using examples of how France pushes the envelope when it comes to Freedom of Speech.

“They get caricature not just in newspapers, but also on TV,” Garner said.

Garner had a copy of “Charlie Hebdo.” The issue was printed in 2012. It’s also the same publication connected to the massacre of 12 people in France earlier this week.

“When I first heard about the news, I cried and it’s still very emotional for me,” said French teacher Muriel Charpentier.

Charpentier called the murders an attack on what they believe.

“Every idea has it’s own right and everybody should be tolerant of everybody’s ideas,” she said.

“We have more tolerance, maybe what you would consider not appropriate or to extreme, but our politicians are used to it,” said Garner.

“People a long time ago fought for us to have these rights so we should keep it and live with it,” he said.

Charpentier said the French have been reacting very strongly and won’t give up. She said they will prevail and continue to work for what they believe in.

Charpentier said more than one million copies of “Charlie Hebdo” will be published next Wednesday. She’s hearing from family in France nothing will change about its cover.