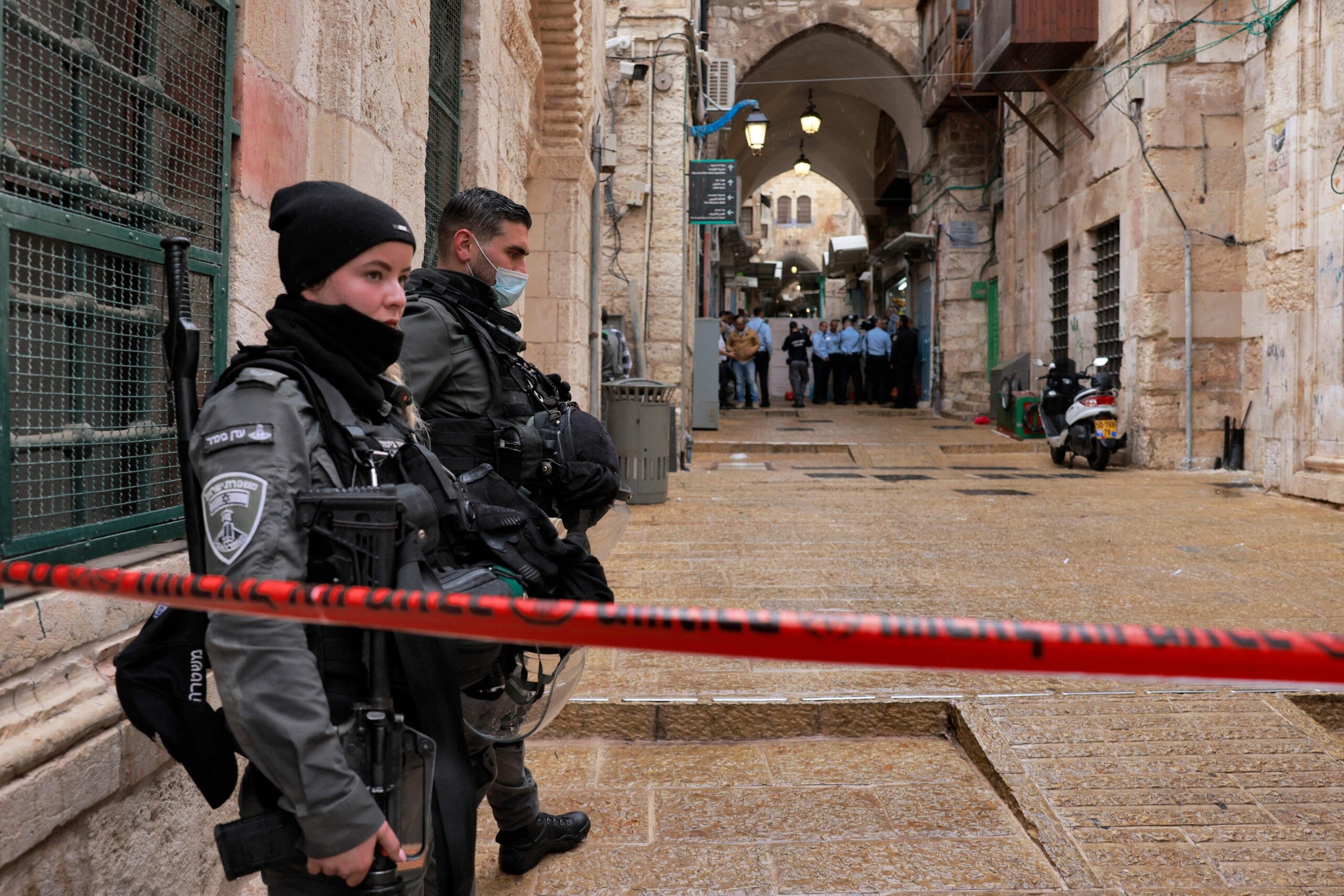 (CNN) — A 26-year old Israeli man has died after a Hamas gunman carried out a shooting attack in Jerusalem‘s Old City.

The dead man has been named as Eliyahu David Kay, a recent immigrant from South Africa who worked as a guide at the Western Wall. Authorities corrected the victim’s age that they had earlier reported.

Four other people — among them a man whose condition was described as serious — were injured in the incident, which happened on Sunday morning near the Chain Gate entrance to the al Aqsa mosque compound, also known as the Temple Mount.

The assailant, who used an improvised automatic weapon commonly known as a Carlo, police say, was shot dead by police officers on the scene.

Israel’s public security minister Omar Bar Lev said the gunman was from the neighborhood of Shuafat in east Jerusalem and a member of the political wing of Hamas.

Hamas issued a statement identifying the attacker as Fadi Abu Shkaydam, calling him a heroic martyr and describing him as a local leader of the movement.

It said the attack was “a response to the attempts to desecrate Al Aqsa mosque.”

Israel’s Prime Minister Naftali Bennett told government ministers he was praying for the recovery of the wounded and had instructed security forces to prepare for possible “copycat attacks.”

“We need to be on heightened alert and prevent future attacks,” he said at the start of the weekly Cabinet meeting.

In a separate development Sunday, police now say they are treating a stabbing incident in the city of Jaffa as possible terrorism.

A 67-year old man was moderately wounded, police said, after being stabbed by an unknown person who then ran away.

“The findings from the initial investigation reinforce suspicions that it was carried out for nationalist reasons,” a later police report said.

Four days ago, a 16-year old Palestinian was shot dead after carrying out a stabbing attack on two Israeli border police in the Old City, police said.