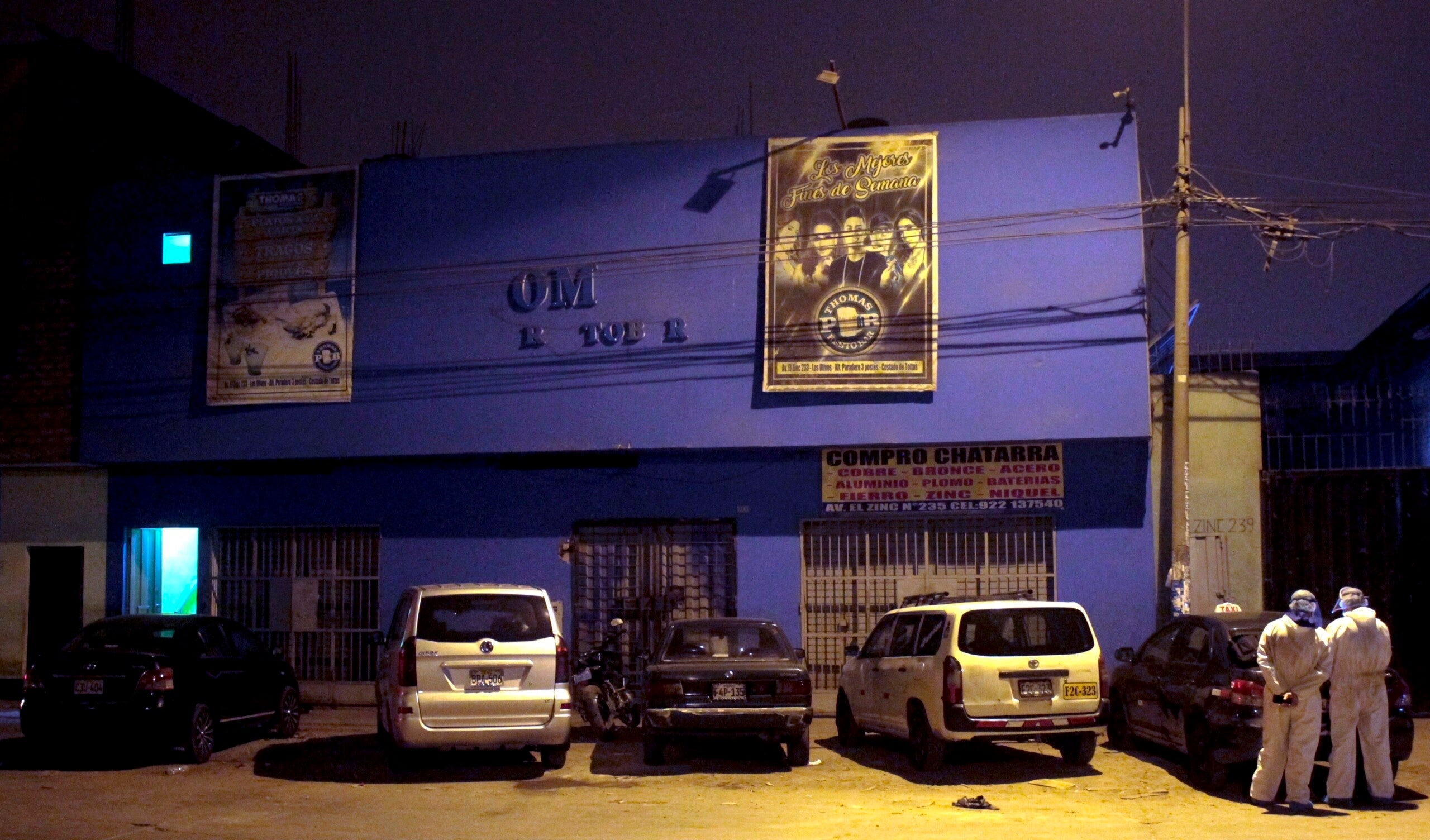 Police officers, wearing protective clothing, stand outside a disco in Lima, Peru, Sunday, Aug. 23, 2020. Officials said over a dozen people died in a stampede at the disco after a police raid to enforce the country's lockdown during the coronavirus pandemic. (AP Photo/Diego Vertiz)
by: The Associated Press
Posted: Aug 23, 2020 / 10:51 AM EST / Updated: Aug 23, 2020 / 10:51 AM EST

LIMA, Peru (AP) — Thirteen people died in a stampede at a disco in Peru after a police raid to enforce the country’s lockdown during the coronavirus pandemic, officials said Sunday.

The stampede happened at the Thomas disco in Lima, where about 120 people had gathered for a party on Saturday night, the Interior Ministry said.

People tried to escape through the only door of the second-floor disco, trampling one another and becoming trapped in the confined space, according to authorities.

After the stampede, police had to force open the door.

Franco Asensios, one of those who attended the party, told local radio RPP that the police raid started at 9 p.m. and that authorities told the party-goers to let the women exit first.

“People got excited and started to go down, and then they said that the people in front were suffocating,” he said.

Police have detained 23 people. Police chief Gen. Orlando Velasco said no firearms or tear gas were used during the raid.

Night clubs have been prohibited from operating since March because of the pandemic. Peru started lifting quarantine restrictions on June 30 in an effort to get the economy moving again, and the daily reported number of virus infections has doubled to more than 9,000 in recent weeks.

Peru has reported about 27,500 deaths from the new coronavirus.