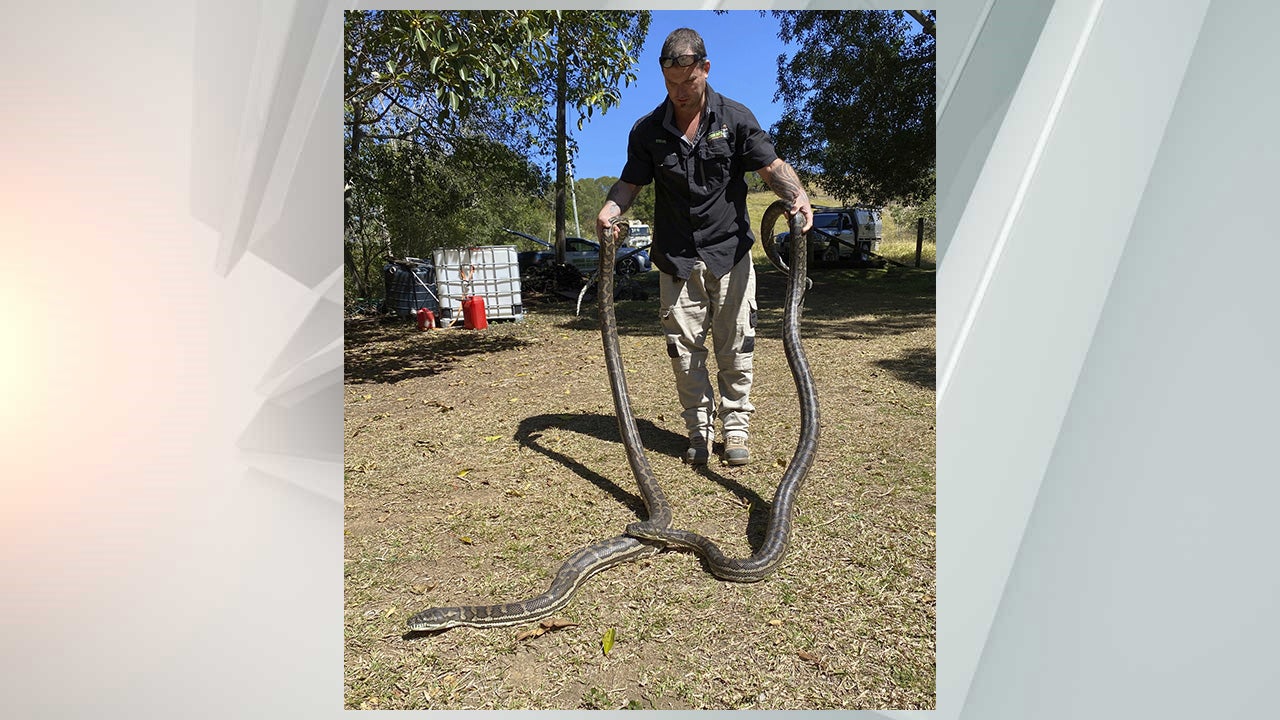 CANBERRA, Australia (AP) — An Australian returned home and was surprised to discover that his kitchen ceiling had collapsed under the weight of two large pythons apparently fighting over a mate.

David Tait entered his home in Laceys Creek in Queensland state on Monday and found a large chunk of his ceiling lying on his kitchen table.

“I knew we hadn’t had rain, so I looked around to find what had caused it,” Tait told Nine Network television on Tuesday.

He soon found two culprits — non-venomous carpet pythons 2.8 meters (9 foot, 2 inches) and 2.5 meters (8 foot, 2 inches) long — that had slithered into a bedroom and living room. The snakes have an estimated combined weight of 45 kilograms (100 pounds).

“I would assume that it was two males fighting over a female that was nearby in the roof,” Brown said. He suspected the female could still be in the ceiling or nearby.

The males were returned to the wild, but the suspected third snake hasn’t been found.